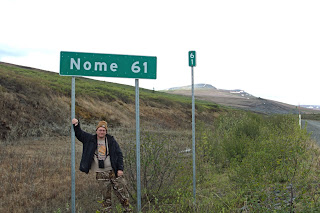 Nome, named after a point with "no name," no xxme. or Nome.  It is.the final frontier, "Sin City," where anyone with a pontoon boat and a giant vacuum cleaner can act like a god miner or so it seems.  At 2am drunk men wander aimlessly in twilight asking you for a cigarette, and well, you can bird until midnight and go to bed for 4 hours and get up and do it again.

On the way to Nome we left the airport during the layover to see a rare Terek sandpiper.  It flew away why we were over Alberta, four hours earlier when the tide went out.  As such, things didn't start so well on this trip but it was nice getting out of the airport.  After we landed in Nome, we rushed when we got there to see the red-necked stint which I immediately put my scope on it but in showing it to Jim, it flew away and we never located it again, so sigh, that wasn't very good.  But otherwise I got out of Nome what I wanted.

I chased the local big 6 in 11 hours, 158 miles and some hiking.... these birds are birds that only are seen in a rather restricted geographical region of NW Alaska, and I will have to bag only on Nome although, I had seen the arctic warbler on St Paul, the eastern Yellow and bar-tailed godwit on Attu
but those were vagrants there 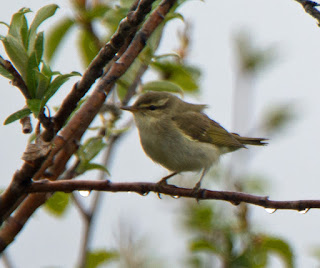 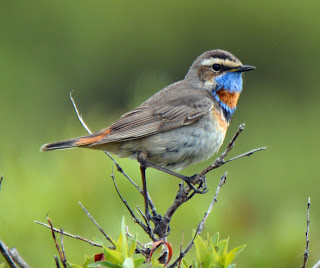 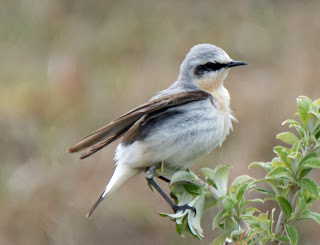 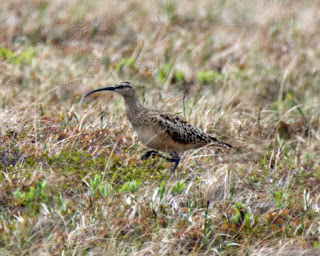 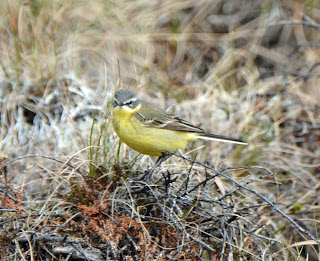 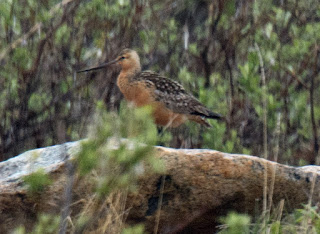 I sped through these birds like a machine, seeing multiple ones and located backup places, the curlew, one of the rarest birds in terms of isolated location involved a bit of a hike up a hill which was long an arduous but on top there was quite a view and it took some effort but we located four of the birds .  Yesterday the whole hill top was covered in snow or so they said, making it impossible to get the bird. 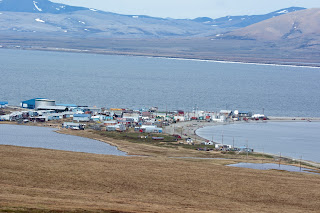 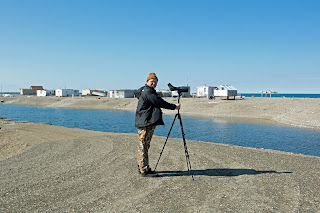 View at Wolley Lagoon, where the road just ends, and you have to crosss water to get to the village
Along the way we found the two ptarmigan: 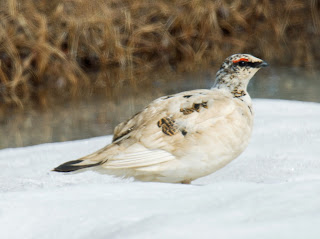 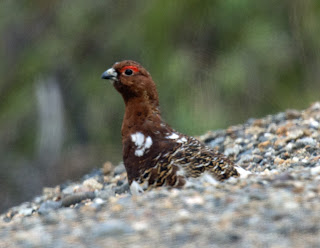 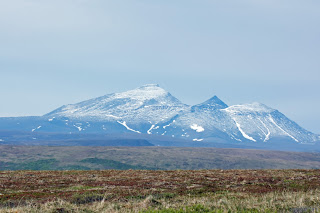 and...Stunning Views
I birded with Jim, "Arvid" my sidekick and we birded like maniacs, he succeeded in finding 6 lifers himself, and I got five, the Bluethroat, curlew, wheatear, and a red-necked stint I couldn't photograph and a very tolerant Gyrfalcon 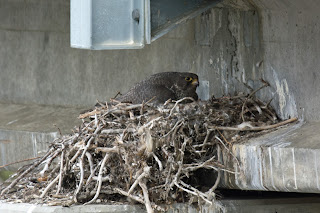 We took a cultural activity on our day off with a song and dance man formerly from the upper west side of NYC.  Richard, the next mayor of Nome, gave us a memorable day telling us the story of Nome and his rather interesting life.  Richard IS Nome and without him, Nome would be a rather mundane place.  We heard the story of the railroad to nowhere, the crazy gold miners and Discovery Channel, we heard about plays and music and it was fun, unfortunately we kept running into people I knew, like Jess Findley, young photographer who was on my Attu trip, and telling nude birder stories about me on Attu with a friend and another birder from Minnesota I had met, and we got some good intel from him from later and we found an Emperor Goose for Jim, his lifer #677 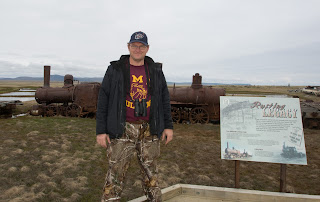 Olaf on the tour at the abandoned train, 32 miles east of Nome
I could have shown pictures of the Iditarod checkpoints, guys digging gold with shoves, pontoons, abandoned dredges, Playboy Magazines #3 roughest bar in North America, our low cal hotel, the best 1/4 star hotel in Nome, we did have hot water on Tuesday, and towels on Wednesday and well internet ...which didn't connect, and well our heater was broke, but it beat sleeping in the ditch with bears, which after they had lost my reservation, I almost had to.....if you are going to Nome, send me a note, I figured a few things out.  Gas in Nome $5.46, a coke, $3...this is a Inuit city intermingled as a gold mining boom town.  It took three flights for me to get here. 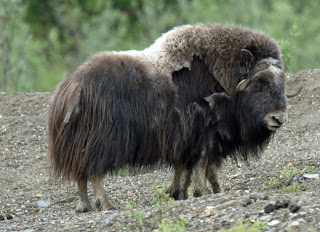 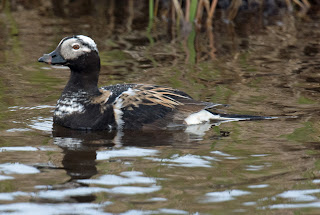 Long-tailed duck, just a gorgeous bird
Next year I'm ready and I can do Nome in 48 hours, but maybe I may find a different hotel, it was a good trip, cold, windy, but we saw 98 species of birds and I added 5 lifers and my year total is shaping up quite nicely to 481, and this is only a scouting year...but who is counting.
6 months and 3 weeks to go
Olaf
﻿
at June 11, 2015 No comments: 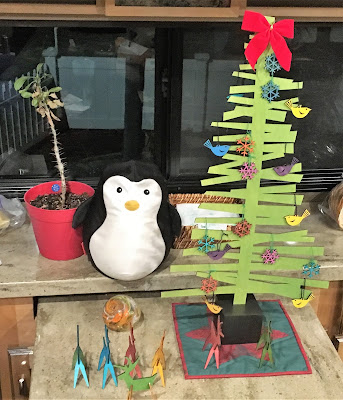