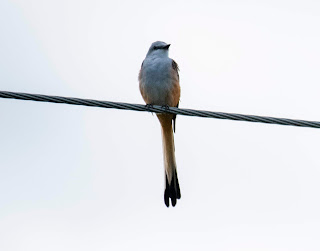 ...or is it?
We are hanging out on old Route 66 between Tulsa and Oklahoma City enjoying the warmth of the early fall as it is about 30 degrees warmer here than it is at home.
Bucket List item #149 see Spiro Mounds and the Oklahoma Runestones (yes they have at least 4), so being a bit of a rainy day, we decided to take the drive to almost Arkansas to knock off this item.
Spiro Mounds is a rather odd mound, reportedly built over a rock cairn just like those in most of the European countries and it is also weird in that there are reports that a full armored man was found buried there, reports are the key word.  Nobody really knows for sure

In one of the saddest deals ever, just about as bad as the breaking into the museum a decade ago in Kentucky, between 1933 and 1935, Craig Mound was excavated by a mining enterprise that had bought the rights from local landowners to excavate and to keep or sell the artifacts they recovered. Tunneling into the mound and breaking through the Great Mortuary's log wall, they found many human burials, together with their associated grave goods. They discarded the human remains and the fragile artifacts—made of textile, basketry, and even feathers—that were preserved in these extremely unusual conditions. Most of these rare and historically priceless objects disintegrated before scholars could reach the site, although some were sold to collectors. When the commercial excavators finished, they dynamited the burial chamber and sold the commercially valuable artifacts, made of stone, pottery, copper, and conch shell, to collectors in the United States and overseas. Most of these valuable objects are probably lost, but some have been returned through donation and documented by scholars.  The ones returned are reportedly beyond amazing.

I had to see the place.

So we drove three hours and then to the front gate and we were confronted by this... 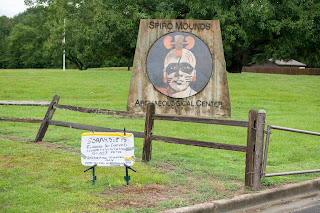 The sign says closed due to flooding and should reopen by the end of September, but upon further investigation, 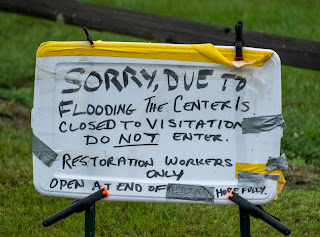 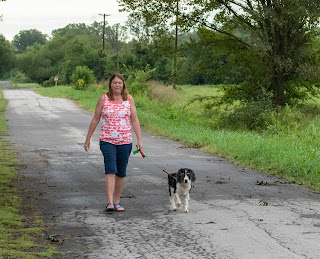 I thought about sneaking in, but well, we just left.
I had a back up spot...
So we drove down to Heavener to see the runestone.  Found in a gully on a huge rock over a century ago, this runestone has caused controversy.  Was it real?  It seems like an odd hoax. 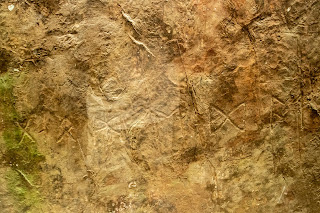 The place was a state park, but Oklahoma gave up on it for some reason, and the city bought the property, and this is a city that has seen better days...why did Oklahoma abandon this treasure?
It means "The Valley of Glome" a marker rune for property.  This is from a much older Futhark than the Kensington Stone from Minnesota and I could go on about how Europeans could have got here hundreds of years before Columbus, but I won't.
I would have liked to stop at the gift shop and the interpretive center, but they are closed on Thursday, and it was...Thursday.
They have found other runestones...these are listed as housed at the Kerr Museum nearby, they just have a replica of the Poteau Stone here, found three mountains north. 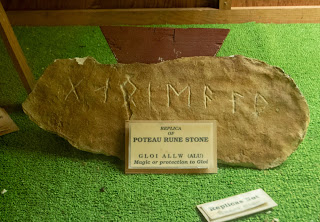 So after hiking back from the stone, I needed to clean off my muddy feet 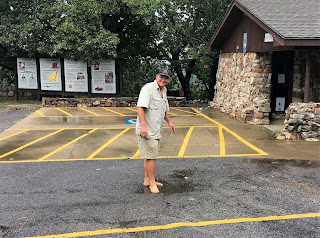 So we drove down some back roads to the Robert S. Kerr Museum to see the Shawnee and Poteau stones... 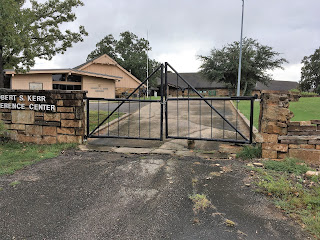 Located at the former Kerr Mansion and Conference Center (Kerr was Oklahoma's 12th Governor, a Senator for 14 years and founder of Kerr McGee Oil Company).  It was closed and looked in disrepair.  We did a Google search standing on the driveway.  The property was declared surplus property by the state (It was donated to the State and a local college by the Family in 1978) and auctioned off for a song and a dance last year, it had been closed since 2013.  Even the wall by the gate was falling over.  So in a building that looked to have a leaking roof, paint falling off rotting walls reportedly has the best remaining Spiro artifacts and three runestones...maybe this state will auction that off too? 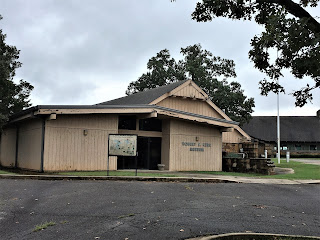 I guess the only thing of educational value here is football?  How can a state with so much oil, tons of oil, have saved none of it for anything like this.  Why abandon this mansion?
You look at the cities around.....Heavener, Spiro, in fact every city and village we drove through, are filled with more abandoned gas stations, store fronts, houses, to be honest, it is quite shocking.  The only thing that looks to be expanding is medical marijuana 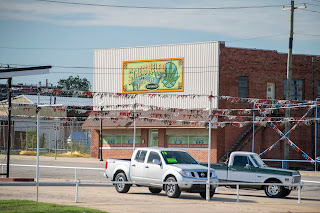 Here is the "Stress Releaf" Dispensary.  These things are everywhere.  We even drove past one on a nearly abandoned road near the Kerr Museum housed in a double-wide, so this is the state's growth industry....maybe if everyone is smoking nobody cares that the state seems to be falling apart...

Well I saw my year scissor-tailed flycatcher, the state bird, I saw three lifer butterflies yesterday, but today was a 350 mile fiasco.........is Oklahoma okay?  I don't think so. 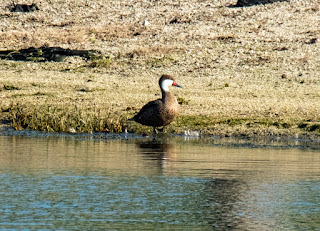