RVing in the time of COVID 6: Our day in Tucson 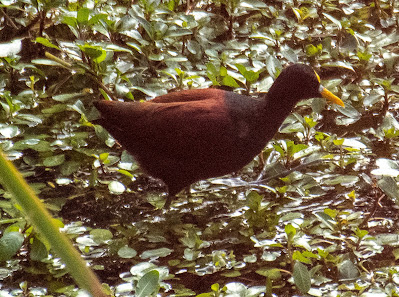 COVID hits home again, my younger sister sent out a text that she had been feeling achy and had some chills and tested positive for COVID, oh boy, two young daughters, expecting a third...and now...the plague. Not much I can do but send her a birthday card, pray a little, and hope for the best.  Sort of a terrible wait in this pandemic, a very slow moving virus, but moving everywhere.
So we are in Tucson, on our way to Florida, very slowly, today with uber birder Thor Manson.  He is an Uber birder because like Uber, he is taking us around. Some people come here for the gem and mineral expo (been there) but that is cancelled, some come for the University, no students seen at U of A, others for well, I don't know, why do you come to Tucson?  When I get to a town, it is usually for the sewage treatment ponds and/or the dump, today, it wasn't the dump but where I was was near to a water treatment effluent and of course there were birds. 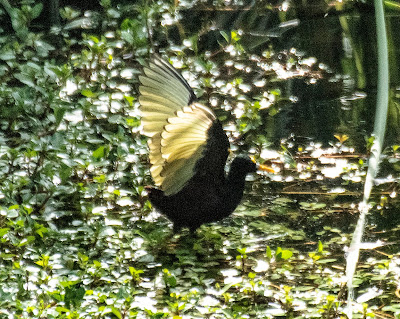 So we went and saw this rather persistent Northern Jacana, a Mexican and Central American wader, rarely seen north of the border.  Both Silja and I had not only seen them a few times in South Texas, we saw them in January in Costa Rica, This one is a lot easier to see than one in the grass at Santa Ana NWR in Alamo TX for my lifer in North America.  They are like Snowy owls, though, they suck out the exposure of cameras and are hard to get a perfect photo unless the light is perfect, and it wasn't, but it was a good bird, and we saw it fly, they have cool looking wings. 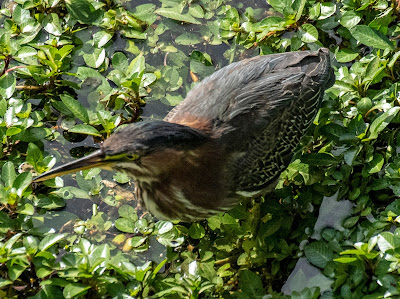 Green heron was a bird I've never seen in Arizona
So we went off to Columbus Park to see Midwestern warblers not usually seen in Arizona.  We found a half dozen birders and a .... 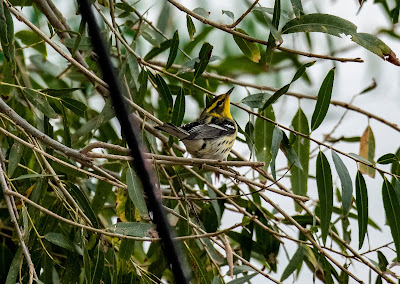 Blackburnian warbler, a bird I have in Alaska, but not here 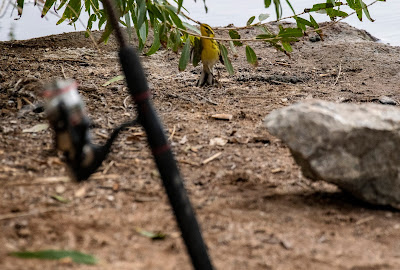 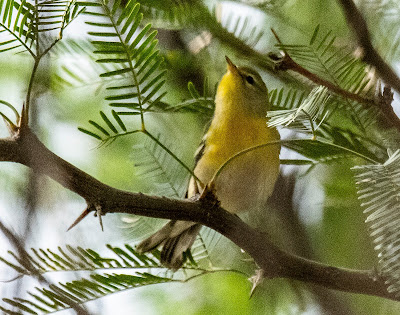 a northern parula, another rare bird here, but one I seen in five states this year 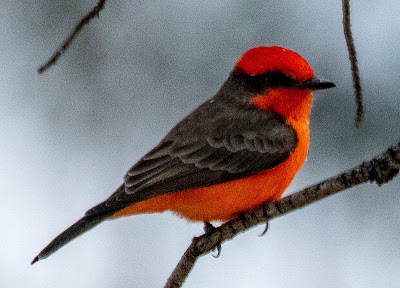 for me, a local "trash" bird, this Vermillion flycatcher was a better find, and a year bird, the others seen in Minnesota and South Dakota in May were not.
So out of the park we went to find something I needed, a picture of a "real" Mexican duck which I have never photographed, so off we went to the zoo, well this wasn't A "zoo bird" (I had my doubts), the park near the zoo and in a pond surrounded by a construction fence we spotted out quarry, 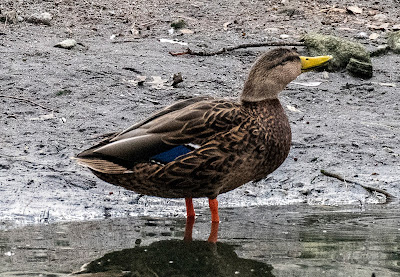 Nice yellow bill, no curled tail feathers, nice brown back, and nice face, this is a Mexican duck and no hybrid.  They added this species to the checklist this year from a mallard subspecies, I'd seen ones before, but in the mud and what looked like a construction site, today I got the bird on film.
In the park I spotted something else... 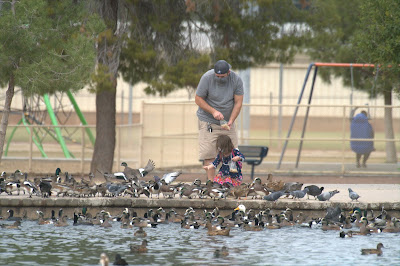 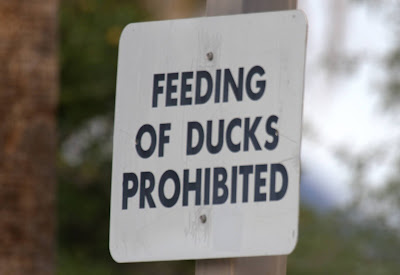 below a sign saying not to....but at least they were wearing masks,
So not your typical sightseeing in Tucson but I saw some sites, some birds, and well, we are stayed as safe as we could.
So an update, and yes, birding is going on
Stay safe
Olaf
at November 12, 2020

We spent the last two weeks birding, hiking, and camping in SE Arizona and SW New Mexico.  Birding a part of America that was the last part ... 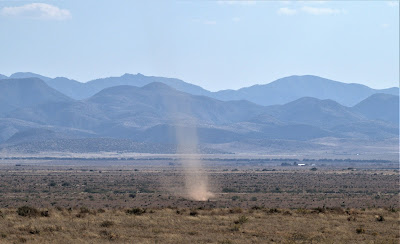