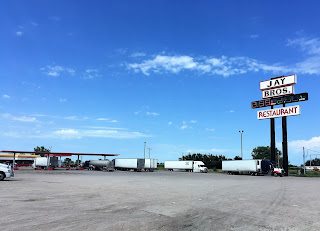 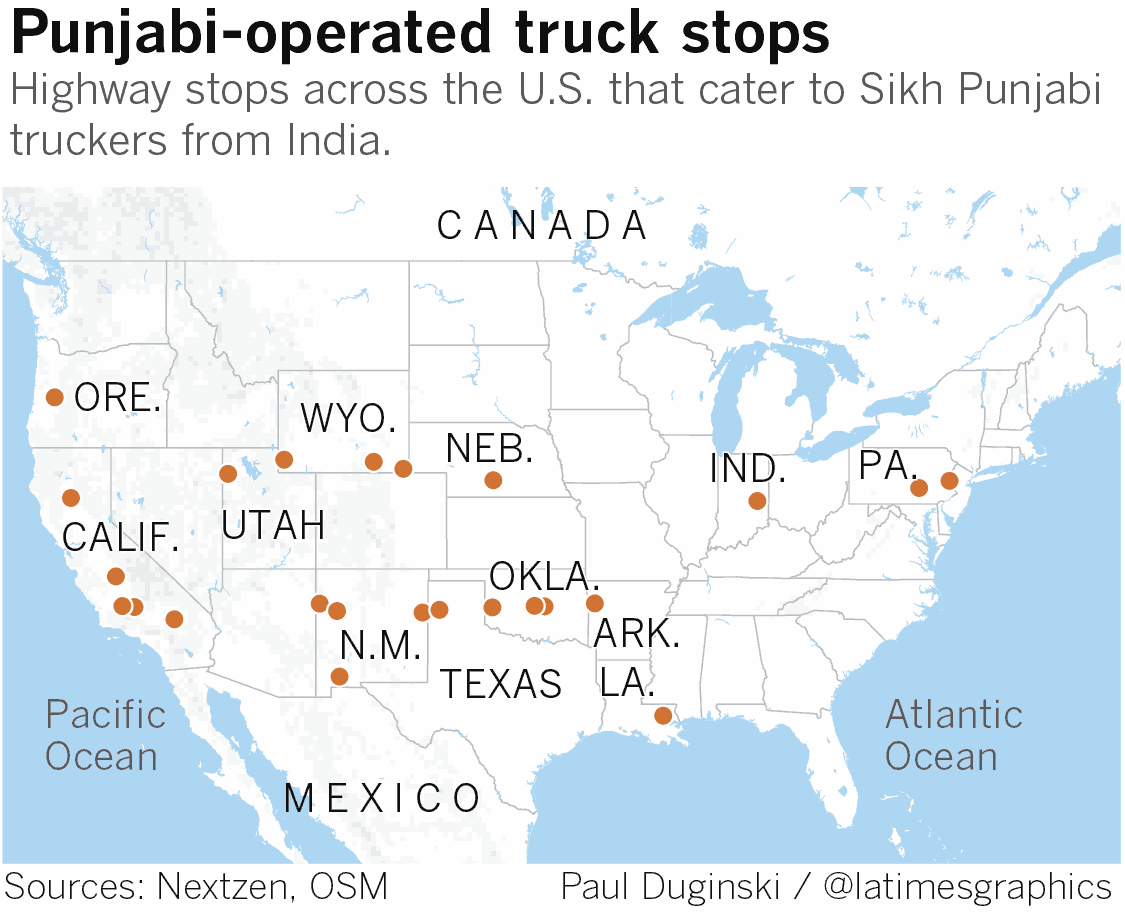 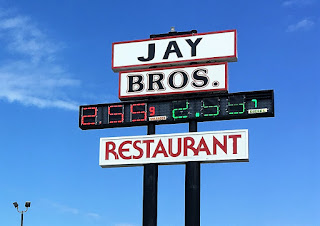 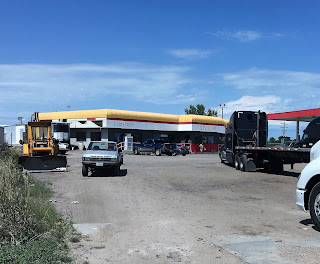 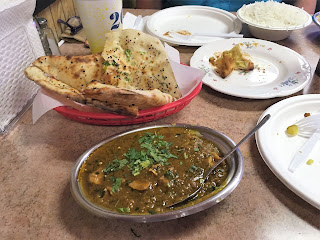 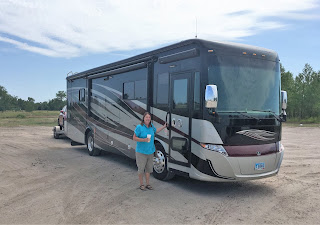 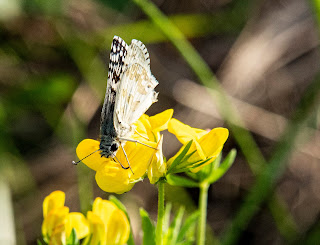 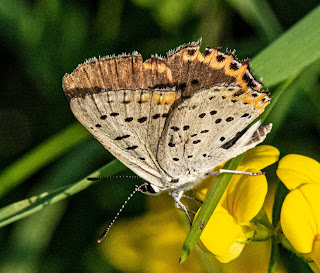 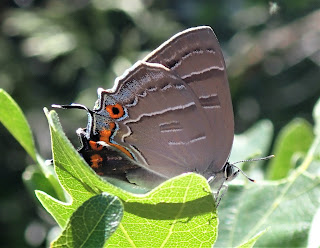 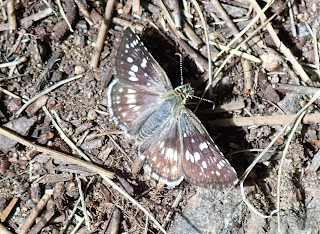 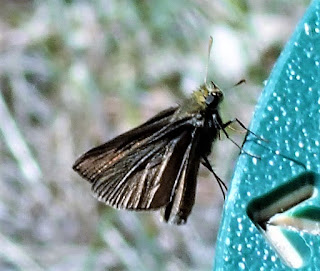 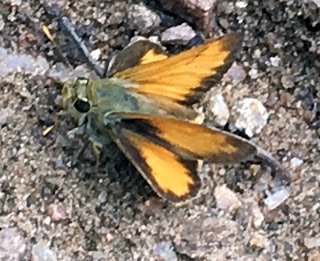 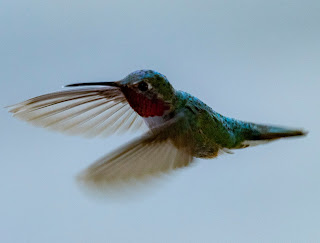 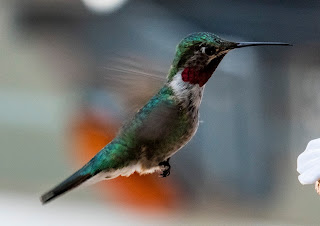 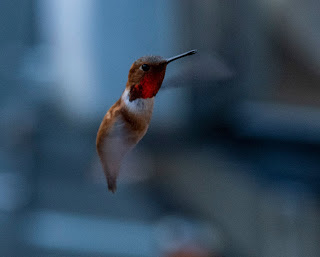 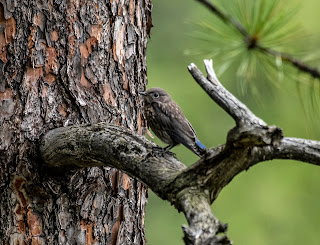 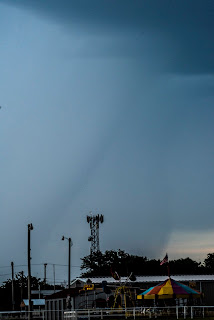 We are camping at the Washington County Fairgrounds in Akron, Colorado.  A couple with a baby and a chihuahua walks past while I am photographing a tornado (above).  "You know it's the end!"  The woman says to my wife.
"What you say?"  My wife replies.
"You know it's the end!"  She repeats.
"I don't think the tornado is coming this way."  My wife replies ignoring the question about salvation given to us poor tourists from South Dakota
The woman tried to reengage my wife about her being saved and she just wasn't getting what the woman was asking so finally as the rain came, "God bless you." she said scurrying away, dragging the chihuahua who possibly wanted to stay, I had just made a steak, it smelled good outside.
....it has been one of those days, answers to questions not asked, directions given to places we aren't going, and solutions to problems we don't have.
Ah travel, got to love it.
I'm just thinking I may have come up with a pithier answer.
We lived the parable of the sewing and harvesting of wheat today, except even those seeds sowed on the ground here, bad ground which is marginal looks really good, so go figure, maybe that is me, sew the Good News with marginal me, and maybe even that will even bear fruit. 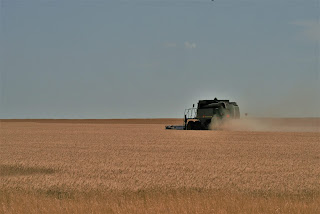 They've had so much rain up in NE Colorado there is even standing water and American Avocets, something this drought prone country rarely has.   McCown's longspurs were playing in the mud (photographs for another time) and I even got a spotted sandpiper 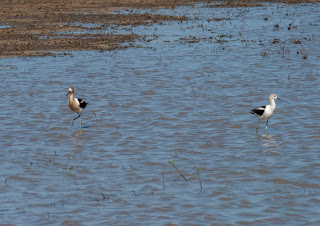 I'm up here doing a little business on my way to a convention, Big Bird the RV is out and about and we are doing the camping thing, we were up in Minneapolis and got to see the Union Pacific Big Boy drive past 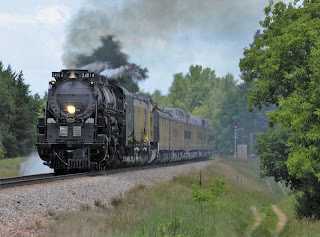 I had a presentation at the Minnesota Global Birding meeting in Uptown in Downtown Minneapolis and on my third slide the power went out and stayed out for the entire period until 5 minutes before closing and I had stopped giving my photo-less description of the birds of the South Atlantic...it came back on 1 hour 40 minutes after it went out, it couldn't have been more precise to screw up my presentation...It was the biggest fiasco in public speaking, maybe even birding, and it was so Olaf.....I spent so much time on that talk, I could have cried, but actually I did.

so then we headed west, and stayed last night dry camping at a boat landing ten miles west of Lincoln, NE, I had taken steroids for my trismus (jaw pain) and frozen jaw from too much oral surgery last month and I got severe abdominal pain, that at times put me to tears, or maybe it was just the jaw pain, or maybe....it was the dang presentation....what are the odds of a power failure.... 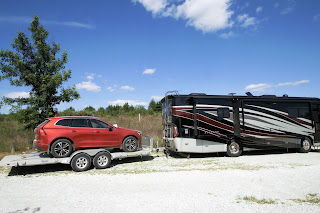 It wasn't all for naught, as I heard my year bobwhite and I got a photograph of a silver spotted skipper, the commonest skipper but one I hadn't photographed before 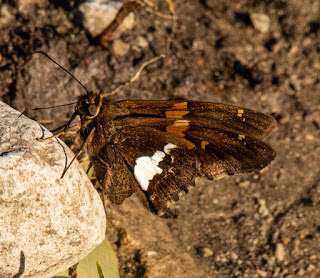 So tonight, I'm thinking this is my lucky week...
I got severe gastritis
I had the presentation from hell
The dog had diarrhea twice in the RV
The internet where we camped in Minneapolis went out
The Twins blew a big lead again the Yanks
My computer fried a motherboard, and 800 bucks to fix so I'm pitching it, I got most everything transferred out

Why do I think its been so lucky?
because the tornado didn't hit us, being this close to the ends times, I guess I guy needs to be careful...and heck....it is so nice to get out with the RV, spend time with my wife, and see and experience new things, I'm sure I got a chapter in a book about this trip and we really haven't gotten anywhere yet

More to come....mountains tomorrow, if this continues there are going to be a lot of blogs because there is going to be some really crazy things happening

be safe, the end is nigh and it will come like a thief in the night or so I've read