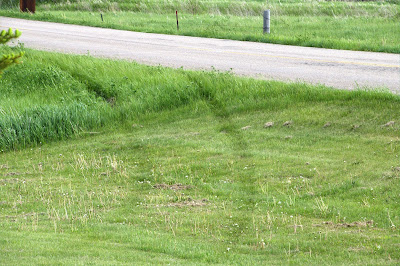 Have you ever arrived home and saw something strange?  One time we saw a one way track of foot prints, but thankfully no person.  Another time had tracks doing circles in our driving area.  Would these tire tracks coming off of the road seem strange to you?

How about if you drove in your yard and you turned the other way.... 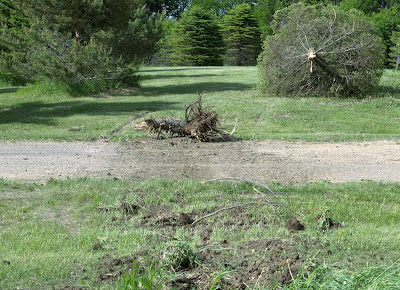 Luckily we are not in Minneapolis and St Paul, and our daughter is safely home as her local Cub Food Store was ransacked today near Hamline University.   We were listening to that on radio.  I was off doing mowing, my wife and I were returning  from the cabin today to water and mow the grass.

"sounds okay. He is very polite."

I was somewhat confused as to what really happened, and we were still 25 miles away but upon driving home it was true, someone had murdered one of our spruce tree we've been growing for years.  These were long past the Christmas tree stage and this one, got all decorated each winter for the last decade.  Crap!

He even ripped the stump out, pushed the tree back and didn't miss my car trailer by that much 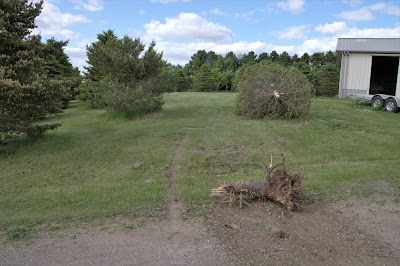 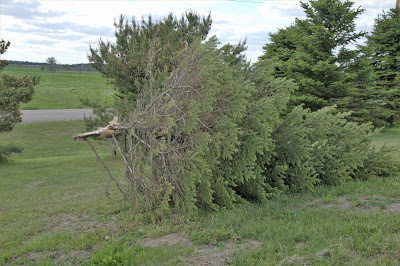 How he didn't roll the Suburban....some what shocking 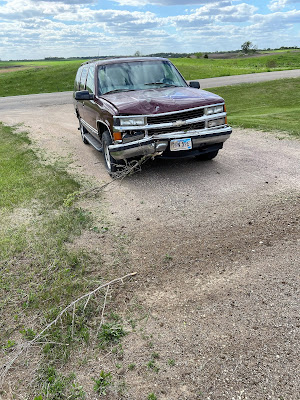 My daughter took a picture of the rig which looked exactly like the Old 1995 Suburban we traded in for the Cash-clunkers program back in 2010 to get a new Subaru.  Maybe the old car gods are getting back at us....for unceremoniously ditching the family car.

So we had a late Arbor Day massacre here, a sudden death of one tree, could have been worse.
I called the guy who was long gone, he wanted to do the right thing, make it right, asked what he could do....."hey, you owe me a tree."  He agreed with the plan.

We'll see how happy he is when he learns what the cost of replacing a big spruce like that one costs, it is not going to be cheap and probably almost as much as the old Chevy is worth.

Birds....well, the mourning doves are nesting in the spruce next to this one thankfully but otherwise
migration is winding down 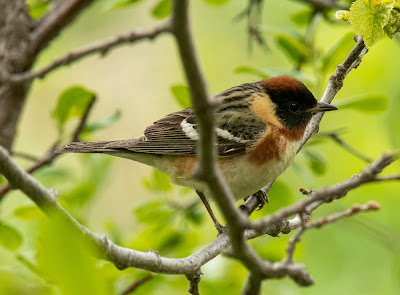 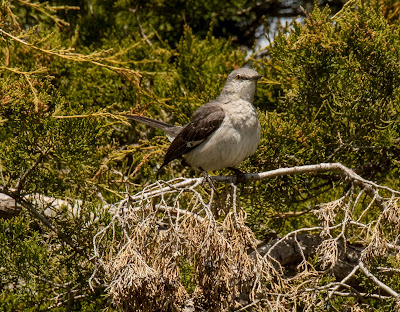 a way out of range Northern Mockingbird in Robert County SD last week, might be a county record 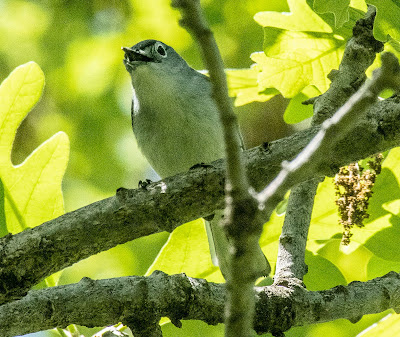 Weather has been iffy and now the bolus of birds have largely passed just as the crazy driver taking out my yard trees has passed by, we'll see if doing the right thing includes forking over 500 bucks for a tree.  Now I got to figure out what to do with the remains.....