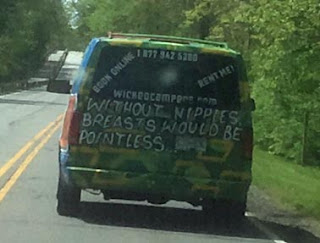 Sometimes even I can't believe what I stumble into.  It seemed like an omen following this van from Wickedrentals.com  The side advertised for free the nipple campaign. I wasn't going to speed in front of her to photograph the side.

Well it was also World Naked Gardening day last weekend.  When I was driving around northern Indiana I heard a report on Insight Radio from Sinjiv Chopra MD (Deepak's brother).  He talked about the 5 things to living longer and healthier.  One was drinking lots of caffeine.  Voltaire drank like 70 cups a day.  Another was eating a Med. diet.  There was meditating and exercise. The final one was walking outside as exposed as much as possible to sunlight.  Vitamin D.  It all seemed to come together.  So was the perfect plan then to walk around naked, drinking coffee, meditating about birds?

I was in Minnesota and I woke up on the 14th and it was cold, very cold.  A tough day for clothing optional birding.  This was not 2013.

Bird #655 the veery was all puffed out 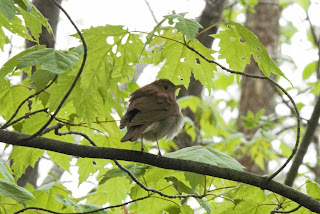 I turned around and heard a single cuckoo call and saw half a beak and the tail of a cuckoo, black billed #656, and then 657, a Bay breasted warbler flitted in the tree.  I decided this was insane, even for me, so I called up my Friend Don H. and we met in Hastings MN and scouted around.  It took me an hour to drive.

We worked hard and found some birds working the big river south. 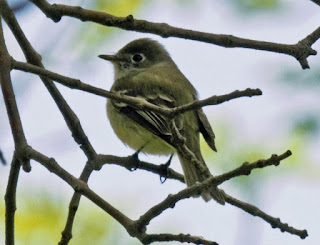 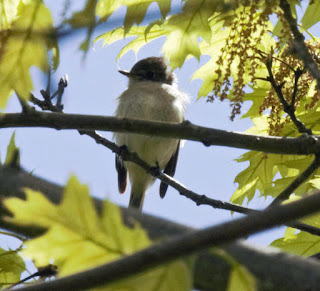 Both epids easily ID'd by their calling constantly.  They had just shown up, willows seemed everywhere, the day before...none.

I took off for Ohio on that evening and drove all night. You can't fly cheaply or efficiently to Toledo.  Delta doesn't do that and I will not fly through O'Hare if possible.  The curlew sandpiper was still there.

At 0130 in the morning in a swamp in central Wisconsin not far from where I went to college, looking at the setting moon and immersed in the smell of swamp on a quiet still night, I beat two rocks together and very quietly, I heard the faint reply, tap-tap...tap-tap-tap........YELLOW RAIL.  bird #662.  I wished I could share with you the feeling, the sound, or the smell.  I love bogs on a cold night.  In a few days that place would be so buggy, you'd scream and on this night a joyous thing and why I love birding.  All in my home state.

Well I arrived just after sunlight west of Toledo and started looking for the curlew sandpiper.....nope, wasn't there or was it?  Please see below. ***  It isn't on my list, now, let me say that.  It did fly off at 0745 or so, never to return.  After that I went and looked for warblers.  I documented a few in photos I hadn't during the year.  I have a newspaper story to write here later this week.  I need pictures. 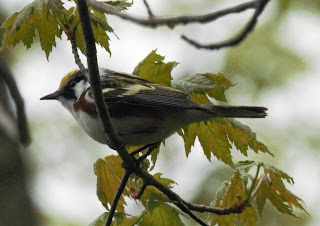 Then I went to sleep for 11 hours.  I woke again watched a depressing report on Heroin abuse in rural America and got depressed.  I snooped around Ohio and headed west.  I need to see my son before he goes to Boston, but I tried to finish my migrants.

In Indiana, I found a great spot for Cerulean warblers on territory. 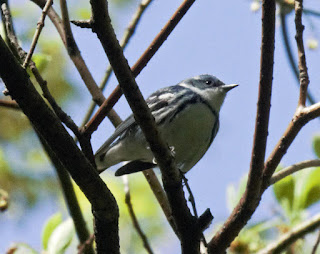 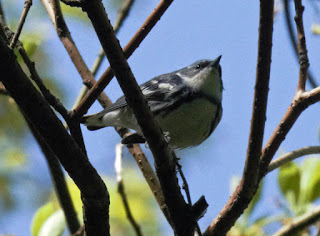 I heard a mourning warbler.........I spent a while trying to at least get a look at that bugger.  It was in deep.  I got it and then I moved to another bog six miles away, following the free the nipple people, they kept going....it was then anti-climatic but I got a Canada warbler #664, and a migrant yellow-bellied flycatcher, it was calling, and I couldn't for sure ID it, as there was so much background hermit and wood thrush noises, eventually on second pass it was in an more accessible location.  I slogged through the bog got close, the call stopped, and a epid flew out and across the opening...definitely the yellow-bellied.  Bird #666, the Devil bird...........

Let me make a few comments about my Alaska strategy.  I felt it was impossible to do both Hatteras in the spring, Attu, Gambell, and Nome...and get all the migrants so I would NOT have to worry about fall migration.  In hindsight, I was trying to outdo Neil Hayward, who didn't go to Attu...no one else.  In looking at past years, and I was on the 2013 Attu trip, a perfect year, or nearly so.  I would be minus 3 in this regard.  On one year, the boat broke, so I would be actually plus 4, but it is all moot.  The Attu trip is also not guaranteed.  Now Mr. Weigel, plans on leaving Adak on the 29th, flying all the way and then driving three hours to Hatteras for the My 31, and June 1 Pelagics and then...probably flying right back to Alaska.  He my friends seems capable of doing it all.  Like the Devil, the devilbirder is everywhere all the time.  I called him out and got a list.  I see non confirmed and probable hybrids on it.FWIW.

I will also say it was and is very important for me to bird with my daughter in Alaska and she can't leave until the school is out on the 24th, but that was a secondary concern.

It seems for the last two months, Mr. Weigel appears to be the man who never sleeps.  Getting all of the coded birds on consecutive days, including mysteriously on May 10th, the little egret in North Carolina AND the Bahama Mockingbird in Fort Lauderdale.  Then another on the 11th, flies in gets bird instantly and off he goes....Maybe he has his own Gulfstream Jet?  Maybe it would be better to say he is the man who never dips.  He did miss the skua on our boat as he was standing behind my friend Thor, all six foot three of Thor.  He had to wait for my daughter to get out the door.  At least, I think that was him.  He never introduced himself.

I wish I can can show up somewhere and get the bird all the time instantly.  I'm apparently not a good enough birder to see them all.  Where ever the bird shows up he is there.  He takes a mysterious second trip to Dry Tortugas on May 4th for the view apparently, as he needed nothing as was the only birder to report a Black Noddy from mine on the 18th until the 24th, when he was there on the 20th.  They see a white-tailed tropicbird, the only one reported all season on 5/4.....There is also some odd similarities in travel....hum....little stint on west coast, flies to Florida, for an Antillean nighthawk...then to Key West at dawn.....?  I did that.  Did he sleep in the back of his rental car in the Marathon taxi parking lot and get roused by angry taxi drivers....?

Nothing I can do about that.  I'm doing the best I can.  I refuse to fly corporate.

What will I do?
Well my first goal is to bird with my Grandmother Lucille this week, that is what is important.  It may be the last time, who knows.  We will get a year bird together!!   Not all of this is important.  So....spending six figures on this is like going to change any of our lives?

My wife baked me banana bread, my dog licked me and my son, whom I haven't seen in a while hugged me at 2330 when I drove home 832 miles later.  I have the most amazing family.  Family for me is number one........I'm not sure birding is better than pike fishing but it is close.  Maybe my writing is number two.  Vitamin D, number 3........I'm a better pike fisher than a birder...so what does that put birding, 5?

I am still trying to best Neil Hayward's 749.  I have always wanted to be the quickest guy to break 700 in a year, and unless something bad happens, I will in early June, if not sooner.  My 750th lifer bird will come in Hatteras...if not sooner.  Life lists are cool..........I love my new camera.......and well, I will have 17 days birding with my DAUGHTER!

That my friends is priceless.

**from this point on I will be holding back a bird or two, maybe five, maybe more...all photographed and signed documentation if desired as to where and when I saw them.  You know, I'm usually birding with someone.  Maybe I didn't dip on the heron, did I get there a day sooner?  Where was I the two days before?  The CUSA in Ohio....? I was in Ft Zachary Taylor on the day Vireo found....?  Maybe I've seen all the coded birds too?  I need to keep a little mystery out there in my number.  What the competition doesn't know about me is better, but at least, as Hulk Hogan states, "and that is all the people need to know or was it the Baron von Rashke".... I have 666.  The girls in the wickedrental van know the truth and that is not what they apparently want exposed.  I had to apologize for my camera.