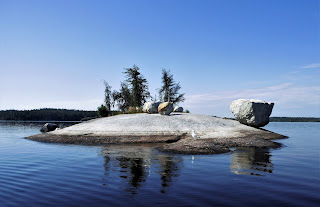 Zac Brown didn’t invent this “philosophy” he just restated it eloquently.  It was “invented” by his co-performer, a now 69 year old barefooted man wearing hearing aides that on Saturday I paid $480 for two tickets to go see.  Jimmy Buffett is a marketing genius and one of my heroes.  He invented a philosophy of relaxation, enjoying life for what you have, and worry about tomorrow …well…tomorrow, because today…”it is 5 o’clock somewhere.” 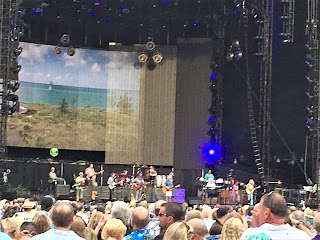 His concert was awesome, and I had felt I got my money’s worth and then after he was done  wooing us for an hour and a half, Don Henley of the Eagles stood on stage and said.  “We are going to play music straight for two hours and thirty minutes because…WE CAN!”  To the minute, Don Henley closed out the 5 hour concert singing “Desperado” a song saying that we need to go through life together…another piece of sage advice.  The Eagles learned that themselves that they are much better as a group than as a group of single performers.  After 14 years apart, they came back together.

I do not consider myself a Parrothead.  I wore flowers around my neck in a tropical print shirt but I just like the idea.  Yes I’ve owned and visited the islands and the Gulf, but even last week, I followed the mantra in Canada.  I headed north to Ontario to chase pike.  I had my toes in the water, maybe not certain backside parts in the sand, but life was good those days as I caught fish, watched some birds on gorgeous Smoothrock lake way north of Thunder Bay.  It would have been good with just a cold drink in my hand.  I took a morning off from even the sport of fishing and motored up to the cool “Hanging rock,” a geological oddity on that lake that is just cool.

The local herring gull colony gave us a break and largely ignored us as I reconnected with the place, and life, and just took a deep breath.  “Life is good” and it was a great day, even before two hours later, I caught the largest walleye I had since 2014, at 27 inches and had a great lunch with my loveable wife.

You see, the advice isn’t to go to Key West or Mexico.  You don’t really need to go to much of anywhere, even Canada.  This is July.  Go to Kampeska or even Thompson, Enemy Swim, Pickerel, or even Roy Lake.  You can even do it in your back yard.  Take a break, put your toes in the water and if you don’t have water, spray some water on the grass with your garden hose and put your feet in it.  You be surprised how good that feels.  You can even just close your eyes and think about it as Zac Brown sings in another shared song with Jimmy Buffett, Knee Deep:
“Gonna put the world away for a minute

Pretend I don't live in it
Sunshine gonna wash my blues away…
…Got the blue sky, breeze and it don't seem fair
The only worry in the world
Is the tide gonna reach my chair
Sunrise, there's a fire in the sky
Never been so happy
Never felt so high
And I think I might have found me my own kind of paradise”

Do it and do it often and have a great summer.  Jimmy Buffett is my guru, and Zac Brown and Alan Jackson are his disciples.  Wait, I think it is 5 o’clock…somewhere…I need to go.