Not Tough Enough for Gough (7732 miles to Graceland) 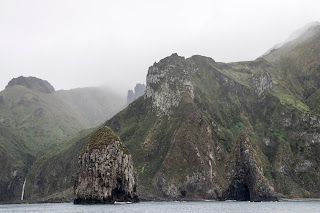 Gough Island was tough, really tough but just when I had given up, I got a taste, be it a very little taste...but then, it rained harder, it blew harder, and the swell grew, and we had just gotten out in a zodiac, AND just seen the Gough Island Finch and then we had to go back to ship because ten minutes later, it blew even harder.  Crap, was that an unsatisfying look at a rare bird.  No photograph, everyone a little crabby as the person who had it best was my wife and the guy driving the zodiac was a geologist.  "It is by the penguin looking at us."  Really?  What the F^%%$  is that for directions but...I saw it....we were the only ones.

Gough Island is an isolated volcano 1500 miles southwest of Cape Town, it is uninhabited except for a weather station manned by South Africans.  They told us the weather would hold until 4 pm, they were wrong.  I guess what do they know?  It is a lonely yet gorgeous place, that has been taken over by house mice, that have mutated...have eaten up and almost destroyed a dozen species of birds, finally, finally, in 2020 they have scheduled a rat/ mouse eradication plan, that IMHO should have been done earlier but I guess better late than never.  We seem to be lost in the clouds of huge environmental concerns (global warming) that are tough to fix when we lose sight of the local problems that can actually be easily fixed.  I worry about concerns like plastic and introduced species like rats, and these Gough super mice.

Gough was wet, and a gorgeous place to see for someone if the weather was better 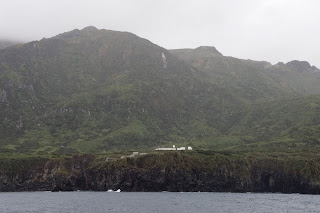 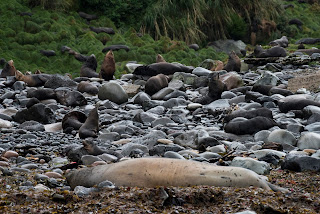 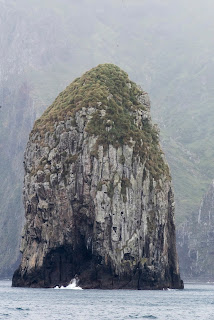 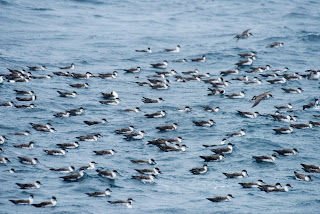 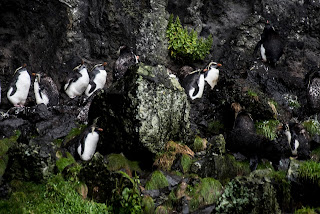 The place is steep, unforgiving and well, a place I doubt I'll ever see again, it was a little like Jurassic Park.  I guess with mutated biting mice versus mutated biting dinosaurs. 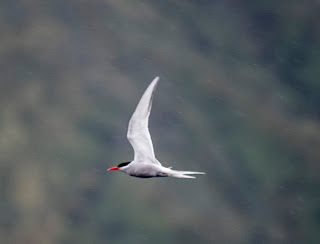 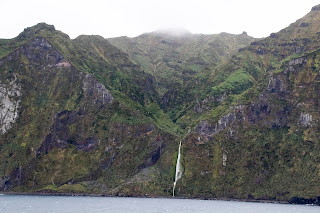 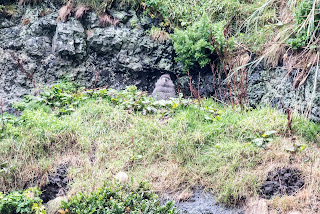 Sooty albatross chick in nest, damn mice haven't found this one yet 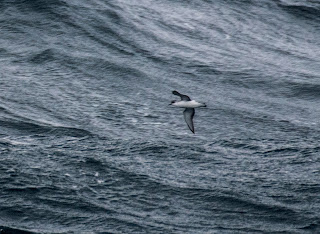 A bit of a lucky find, Sub-antarctic shearwater (split of little shearwater) 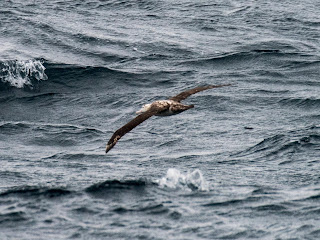 We've been seeing some really cool seabirds...Birds I'd never thought I'd see 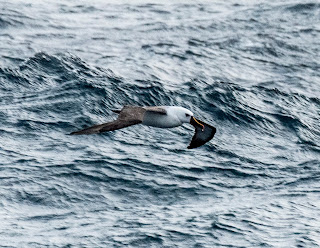 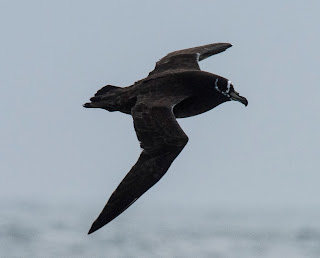 So we bailed as the wind picked up to 55mph and headed to Trisdan da Cunha, just 240 miles away, the place I've been dreaming about for 3 decades..  I am exactly 7732 miles to Graceland, but only 232 miles to Trisdan, I think even Elvis would be impressed.  he liked islands.