Buying the Farm (or in my case, the Ranch). 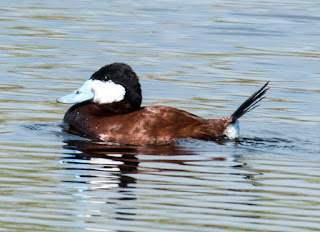 Comedian Joan Rivers once quipped, I told my mother-in-law that my house was her house, and she said, "Get the hell off my property."  Nothing is comparable to owning your property.  I’m also reminded of John Wayne in Chisum at both the beginning and end of the movie sitting on his horse up on a hill watching over his land, and knowing that everything he is seeing is his.
Unless your names are Ted Turner or John Malone (the two largest private landowners in the United States) very few people will ever own enough land to do what John Chisum was portrayed as doing in the movie bearing his last name, but it is a nice dream.  It is said that one should always dream, and I guess, dream big.
The other day while I was driving around birding seeing migrants arrive into northeast South Dakota for the very first time in 2019, I came across an auction sign not far from Summit.  I was on a road I almost always bird every year.  I tallied my year upland plover sitting on a fence post nearby and then I saw more signs.  It was a huge tract that was at auction and not only that, it was property I knew well for just last summer I hiked on a corner of the property as well as on the adjoining tract of National Wildlife Refuge.  I was not looking for birds but looking for many threatened butterfly species as well as two rare endangered butterflies, the Dakota skipper and Poweshiek skipperling.  This latter butterfly has not been conclusively seen around these parts in over a decade, it is only believed a small population in the prairies of southern Wisconsin have kept the butterfly from being extinct.  In South Dakota, the last one identified on another parcel of the Waubay National Wildlife Refuge, nearer to my cabin.
What I experienced in 2018 on this parcel of virgin grassland was a cornucopia of butterflies. I saw many species of skipper, fritillaries, and other varieties of the colorful insects, most of which I didn’t knew existed before I found them and looked them up. 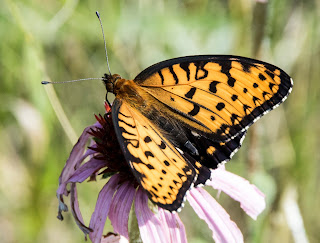 My wife also found a dead Dakota skipper and I photographed another butterfly that made me suspicious for the elusive skipperling.  The photo was inconclusive for identification by experts, however, and probably it was something else but it gave me hope, hope one could still be there, just waiting to be found.
So there I sat, on the edge of the old Meridian Highway, the name of a route envisioned in 1911 to run from Winnipeg south first to Galveston and later to Laredo.   This was the first north to south route in the middle the United and this was long before large parts were decommissioned after the Interstate system was built and US-81 was moved to I-29 in these parts of South Dakota.  It could be mind boggling to think of how much commerce drove past where I stood.  Now I could lay down in the middle of the road and it could take an hour before anyone would hit me.  It wasn’t the bygone era of travel that I wanted to save, it was the butterflies and I began to think.  Someone needs to buy this property.  If not me, then who? 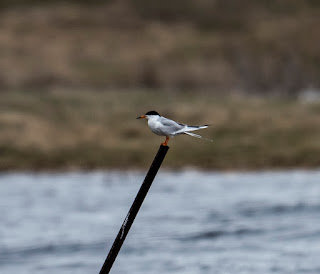 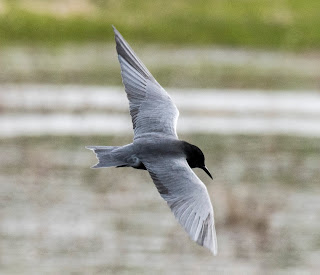 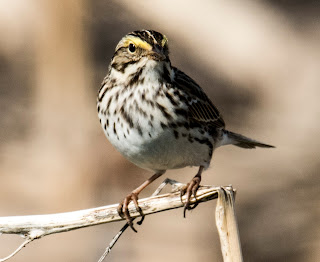 Savannah Sparrow
I was sure my wife would talk some sense into me but, shockingly, that was not the case.  So, I thought about it.  I talked to people who knew more about land than I did but none of them, not a one, talked me out of it.  So, on the morning of the auction, divided up into three parcels, I woke up at four in the morning to worry about how much I should bid six hours later.
I went birding to think.  I spotted a magnolia warbler and got a really nice photograph. 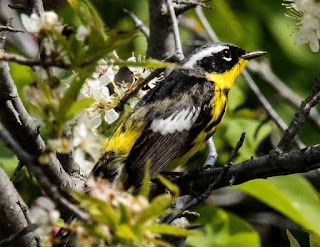 I thought about butterflies and my legacy.  I thought of quotes from people who knew about the legacy of land than I did.  I even thought about Joan Rivers of all people and the quote above.
I harkened back in thought to those that formed me and my thinking.  I wondered.  What would Edward Abbey say?  In Journey Home he wrote on the appreciation of wilderness “loyalty to the earth, the earth which bore us and sustains us, the only home we shall ever know, the only paradise we ever need—if only we had the eyes to see.”  But the land I was looking at was just native prairie, it was not wilderness and Abbey was a creature of the desert.
I thought about Ted Turner, who still owns more prairie and ranch land than anyone save the US government.  Ted no longer owns the Atlanta Braves, CNN, nor is married to Jane Fonda and is not as rich as he used to be mostly as he gave a billion dollars to the United Nations, but Ted Turner is still buying land.  He wants to own 2 million acres when he dies.  He is 40,000 acres short.  What would Ted Turner say?  He’d say, if you like the view, buy the view.  I guess I like the butterflies so I must buy the butterfly habitat, otherwise someone would destroy it.
I came home and moped and talked to my wife.  She was more willing to bid higher than I was, so I set my price, which would basically be what it took, and then the auction started in earnest.  I watched and then, nearing the end, I bid on the smaller of the two largest parcels, the one nearest the wildlife refuge tract.  I avoided the other, but as the end neared, someone would up the bid on my parcel by a thousand dollars, resetting the clock at four minutes to end.  As I had a large reserve bid, there was little danger of them ever hitting my theoretically highest bid, and at that, I would go higher.  The problem was, this bidder was costing me money and it was making me angry.  He (or she) had the highest bid on the larger parcel, and it wasn’t moving.  So finally, angry that I couldn’t just claim victory and go out and bird, I jumped his bid a thousand.  I was now the high bidder.  With thirty seconds left, he both over bid that by a thousand and jumped mine up five thousand dollars.  Which, again, just cost me some money, and then just as it was going to close, he raised it again by a thousand, resetting the clock.
Really angry now, as this was the seventh time he’d raised my bid without ever getting near my reserve price, I looked at his higher bid on the big parcel.  I upped him three thousand, and then waited for the four minutes to run past, and he never bid again. Greed had cost him (her), I was willing to share, but no, he had to have it all.   I had won, but all I felt was nervousness.  I get no joy from purchasing anything.  My grandparents had filled me with buyer’s remorse on anything.  Had I done the correct thing?
I was now the owner of two tracts of land joined at the center by a section line.  Combined, I could walk over two miles without ever setting foot on another’s property.  To be honest, it was a bit overwhelming.  The former owner prior to it being taken over by the creditor had filed bankruptcy just before the auction.  Assuming that process didn’t cause some interference, I was now the owner of a ranch.  In relation to Ted Turner, I was just a small landowner but to me and to most people, this was no small matter.  Now I just have to wait until closing and then…figure out what I’m doing with it.  I need to learn about how much grazing is enough.  Who would be a good renter and what would I need to do to promote the colorful residents of the sections of prairie that I now am the stewards of?   I now have more questions than answers.
I don’t expect to get many paying butterfly enthusiasts out there just as don’t expect to see many birders.  This will be a quiet victory as none of the insects or the birds will tell me thanks.  No one will pat me on the back but maybe myself.  I assume this will be a ranch-sized headache but at least it isn’t a house in the hurricane-prone areas.
I may not be the most handsome or have Ted Turner’s money, but I always say to my wife, “at least I keep it interesting.”  I could be the most interesting man in the world, or so some say.  I name all years, as they all have themes.  Most of them are good, and all have stories attached, sometimes, many stories.  2016 was the year of the big year, and 2017 was the year of the hurricane.  Last year, was the year of the butterfly, and 2019 it appears will be the year of the ranch.  What could happen and what I could find, only God could guess.  All I know is, I have some exploring to do on soon to be, my land.  I have fences to walk and I think I will own something like 22 miles of fence.  I also have lists to make and pictures to take.  It is going to be a busy summer.