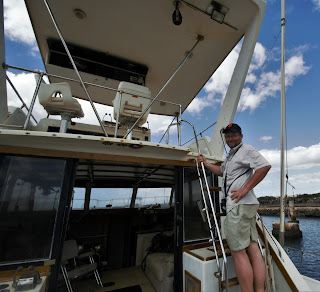 Yes, I know I've cleaned up Aisle 1 previously, but that was a dream many months ago.....Many of you have been concerned about me, wondering where I was and why I hadn't posted the Amazon kingfisher from Laredo.  Many worried about my health, my teeth...many just were confused or maybe it was me that was confused, I don't know. Well,  I've been a bit out of the loop so to speak, working on something that I think is playing dividends for my year.   I've been both nowhere and everywhere but rest assured, I have missed nothing.

One person even surmised that I had secretly snuck up to Alaska and paid the $8,000 to go for the gray-headed chickadee near Kotzebue, Alaska, but I don't have the need to waste that kind of money on a bird, for a trip that doesn't sound like 8,000 bucks worth of fun, cold, dangerous, and well, a long way away.  I would rather donate that money for  good cause, maybe buy a few acres for sage grouse habitat, something...but then again...maybe I got a discount and have been there and done that?

I was on a pelagic last weekend in San Diego, it was a slow boat of birding, too slow. ..the Guadeloupe murrelet....not to be.  I did hear of a rumor of a bird up north in California, a really good bird and then a big bird lister called me from the LA metroplex with a rumor of another bird even farther north in California.  Standing on points and cliffs watching the sea, odd things can and do fly by.....but I'm not saying anything or even what I saw.

Initially, I was not planning on posting any birds for the last 2 months of this year, but well, I took a break from one of my projects, searching for a bird I will hint....I initially saw on St. Barths in 2013, which I think I've narrowed down, in fact, a non-birder saw one today, so I got to go back...anyhow, tI came out of my deep cover to fly to San Antonio from Los Angeles after taking a shower at the Delta lounge, a place I've slept at so much lately they know my name....it was a quick morning flight of 2 hours mostly as I slept and then I had to drive 160 miles to Laredo....what I found was an abandoned shopping cart on a dirty creek and this 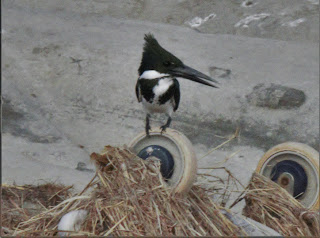 Nothing says mega more than seeing it on an abandoned shopping cart.  A friend posted, code 5, aisle five, I added on Facebook, the area needs clean up on aisle 5.  The bird species showed up in same place 6 years ago...same bird?  Who knows but if so, where has this bird been for 6 years? 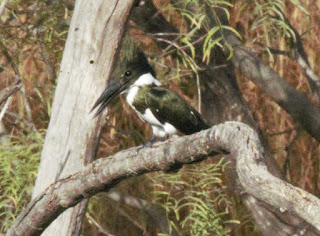 Wasting no time, I slept over in San Antonio, flew out on the first plane west, landed in Phoenix and drove down to an undisclosed location in a residential area in Yuma county following another rumor, it took a while and the pictures, substandard, but those are a couple of ruddy ground doves....bird 769 (+1) for the year. 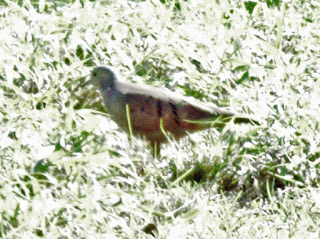 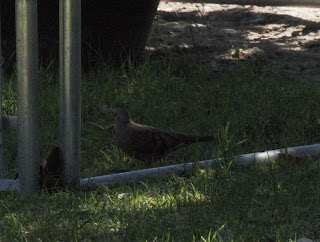 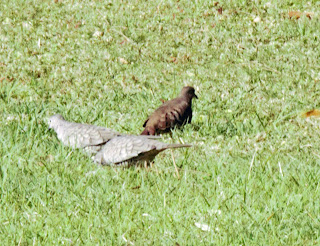 Lifer beers all around, drinking a bottle of Trout Slayer, as I write this....bird slayer?

I had to go and say a prayer at the writing rocks which was a prayer of thanksgiving for a bird I should have had a long time ago in my life, near where i nabbed the dove....I did a sun salutation...these rocks have the answers to life's questions but unfortunately the translation is incomplete....the guy falling down is a prophesy of me, the goof ball that I am... 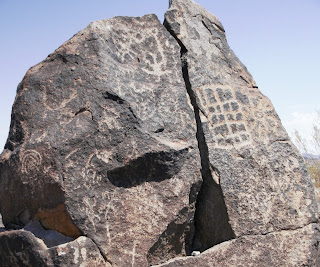 Thinking of where i was, where I was going and where I haven't been recently, I decided to stop in Minneapolis, just making the 4 pm flight north to overnight in Minnesota.  I wanted to go home for a day, before heading back to my vigil, at a undisclosed location in an unknown state...before that, though, on the way, I had a big scare, one step from stepping off the 717 in Minneapolis I noticed my wallet was gone....I worked my way back to seat 19a, but nothing....sh&^T

I looked and looked and thought, how will I rent a car?  Then I checked my phone, I was in 21a, 19a was the flight TO Phoenix...just as the steward told me to get off the plane, everyone else was off by then, I saw my wallet tucked between the seats....whew!  two steps more before and they would not have let me back on the plane.

150 miles west at 12am, somewhere in Minnesota, I had a fear....my pouch with all the camera chips....nowhere....I searched everything....all gone...crap, 30,00 pictures....I double checked the stuff ripping through the back seat and my stuff, it was between the seat and the door on the passenger side...double whew....I needed a day off so I delayed my trip south...or east...maybe north, even west for a day......

I can't count that swallow BTW...doubt has overtaken me...oh well

Birding where you least expect it...