The Toadstools of Nebraska 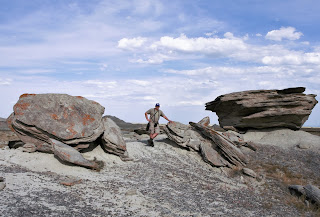 It is exactly 9 dead racoons from Brookings SD to Fort Robinson Nebraska, 461 miles.  Add in two dead cats, a dead coyote and something dead that my wife and I could not agree with, add in a very lackluster Vikings game on the radio and it made for a long day in the RV. a bit too moch as the cats started howling when we drove through Chadron, the Magic city (which has nothing to do with magic) and we still had 30 miles to go.

I did a book festival in Brookings, which was poorly laid out and as such, I won't waste my time there again.  It is a mystery of why they moved the biennial east river event from Sioux Falls to Brookings, maybe it was money or maybe just that the organizers don't want to have to drive to the largest city in the state.  It was a forlorned two days for everyone.

But enough of that, now we are in Nebraska, heading west.  Fort Robinson is a cool old Army base steeped in history. 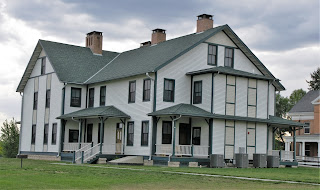 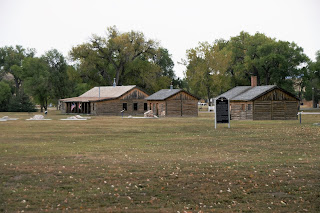 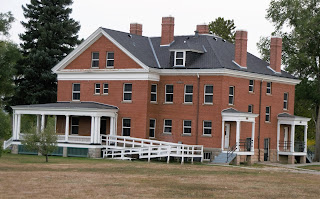 Largely intact, the 140 year old fort served as an internment spot to subdue plains native Americans and then as headquarters of the 9th military and then as the largest quartermaster redoubt in the world from 1919-World War II breeding Army horses and mules.  In World War II it served as a housing for 2,000 German POWs from Rommel's North Afrika Corps.  The only trouble these prisoners of war caused was in another Nebraska camp when they ran our of beer, they rioted.  They accepted 3.2 beer ...reluctantly..

It has been largely restored since closing in 1947 and wirth the USDA pulling out in 1971.  It is a large and generally cool base, they have a nice campground and fairly healthy prairie steppe. 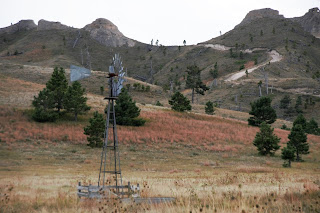 There is also an unsolved mystery of who killed a hobo on the Chicago Northwestern RR line to Lander WY right at this spot in 1940. 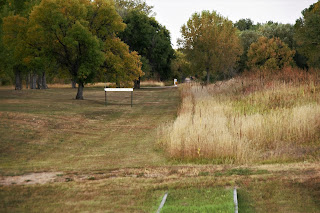 This was 63 years after Crazy Horse was killed a few hundred yards north.  It was pretty clear what happened there.

North of here is the Toadstool Geologic Park, it is basically badlands with a two foot layer of sandstone on top of the mud.  The mud erodes quicker.  Much of them have fallen down since being named. 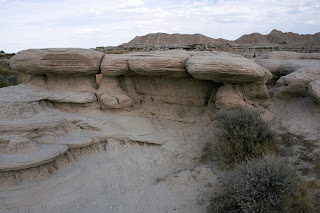 I saw a common checkered skipper, a new butterfly 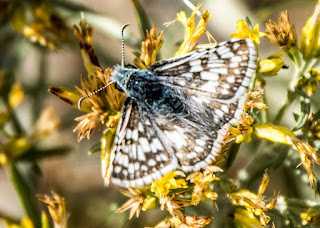 7 McCown's longspurs and a few odds and ends sparrows 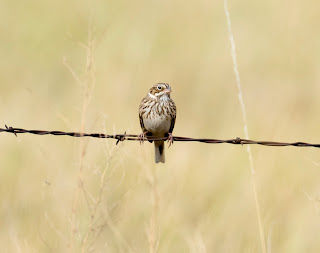 Plus a last look at the sandridge prairie as tomorrow we climb the Pine Ridge before getting into Wyoming.  We will make the Rocky's tomorrow by noon. 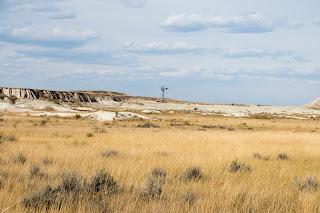 I'm camped next to an military doctor buddy from Chuck Probst, an accomplished world lister and Hawaii birding guru who I birded with during my big year in Maui, small world.  Chuck's old Vietnam pal doesn't understand birders much like those at the Brookings Book Festival, we are a misunderstood lot, but oh well....it works for me. 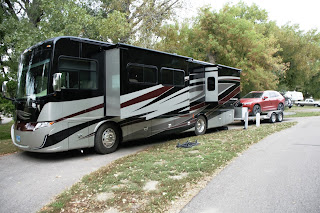