Between the rock and the hard place: the quest for mr. 800 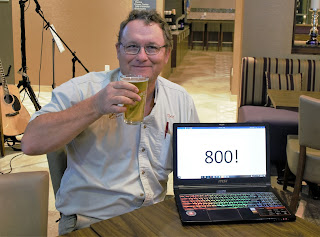 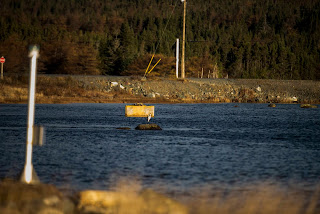 I looked at my photos to make sure I wasn’t dreaming, it was bad but yes, it was a gray heron, as any heron here is a good bird, and nothing else it could be.  Four other birders showed up but not the heron.  It made us wait for over two hours and then again, I saw it fly out of nowhere.  I called the other birders, and everyone raced to my location, again it was gone as I looked up from my phone, but it had just hidden behind a rock. I had it, they had it, the great 800 was accomplished!  It then came closer for better photos. 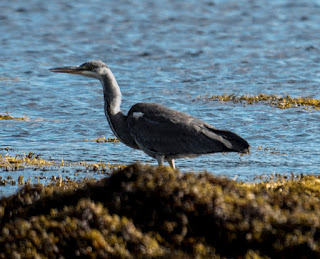 The lighthouse keep at Cape Race, Cliff Doran is the friendliest coolest guy.  Cape Race one of those nasty places where the wind blows all the time and the area is shrouded in fog and rain almost constantly.  In fact, they had not seen the sun in two weeks, but today, it was cold, 38 degrees but the sun was out, showing the lighthouse and the cape for the first time ever to me. 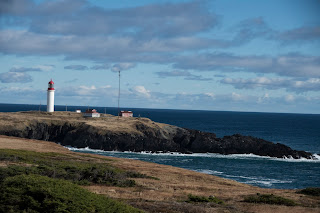 Down there, everyone was abuzz with a great bird, a Vesper sparrow, found just before I got there--a backyard bird for me back home, but here, only the third recorded sighting ever, which compared to the heron, which has had 5 provincial sightings (only 6 in North America though), that makes the sparrow rarer (here), go figure. 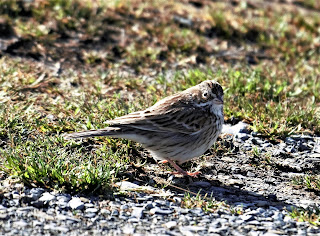 I had chocolate silk cake and coffee with Cliff and the other birders as we warmed up and told stories and Cliff asked me about my RV and Hurricane damaged house.  It was just great.  Newfies are the greatest!   It was the highlight of the trip seeing Cliff even better than the bird!  This was my celebration even though back at the Best Western, alone, I drank my lifer beer alone and toasted myself to a long chase and quest of seeing 800 species.  That is how it should be, bird listing is a personal event and a personal milestone.
Bucket list #101 is done, now if I can just go home, a book event and yellow fever and typhoid shots await this intrepid traveler.

I called Cummins on the drive back, and nothing has changed.  I want a Fukeneh! with a Canadian flag t-shirt!
Olaf
at November 05, 2018