This is not a bird trip organized for sissies.  Seeing the King aside, this almost seems like work.  The typical day is up at 0530, load up out birding by 6am, and we bird until nightfall.  The days are long and tiring, but we've seen a lot of birds.  After a few days moving around from hotel to hotel, all rather simple affairs, we went camping, as where we went, there were barely roads and even fewer hotels.

After two nights in a tent out in a dry rice field, we moved to the Indian border and stayed in more secure tent on a platform. 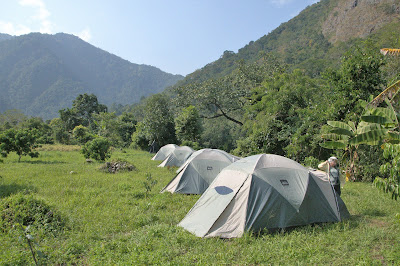 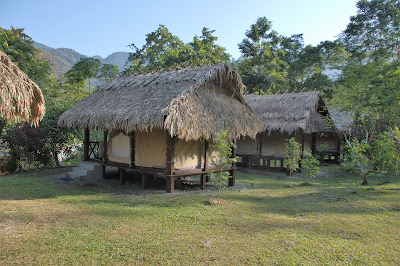 As we birded at the second site, the support crew went ahead of us to scout for a place to camp, unfortunately in Nganglam, there were little flat areas, and the place they had used before was used for construction, as we ate lunch that day, we still did not know where we would be staying.  We ate lunch in the parking lot of a Buddhist Crematorium of all places.  There was fresh wood, but it was not currently being used. 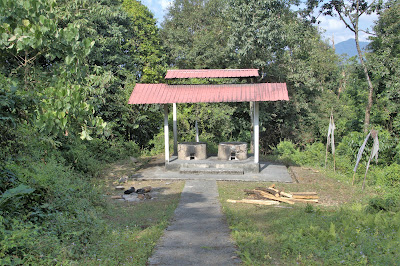 Our lunches are impromptu affairs done in the middle of the road sometimes, the food excellent, the locations...unique. 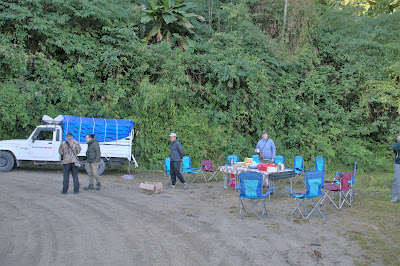 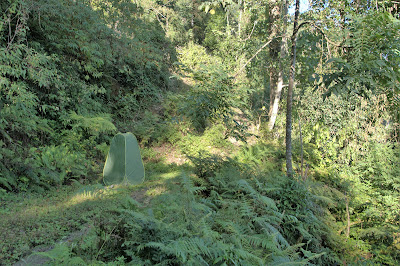 We drove through Nganglam without truly sure what we would expect to spend the night.  This is a small city on the border filled with trucks from the cement plan.  I bought a coke. 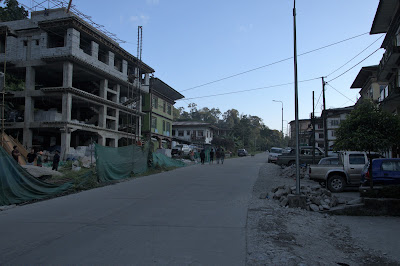 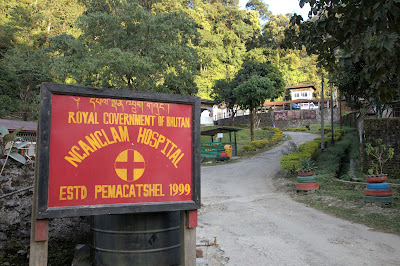 North of town we saw our cook standing on the side of the road and we turned into someone's house. So using ingenuity, the support crew had spied a location flat enough to camp in, but it turned out to be the backyard of the CEO of the local plastic bag manufacturer, for the huge cement plant across the street.  He was the interim CEO of that 600 person plant.
Somehow he said yes, and we set up tents and camped out in his backyard.  The support crew even dug portable outhouses in his garden

But the location had issues, besides the backyard being small 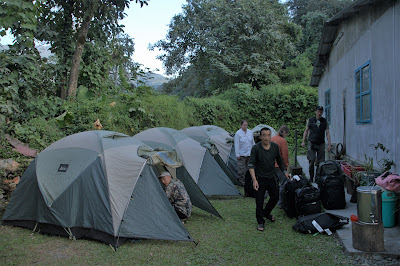 We had to eat on their porch 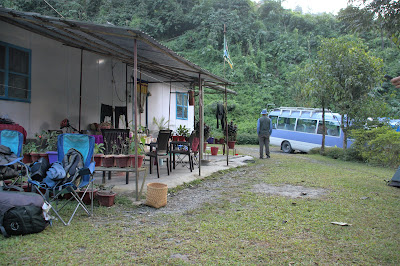 The View from the backyard was the cement factory going 24/7, particulate ash fell on our tents and the large Indian trucks carrying the cement away grinded up the incline below us. 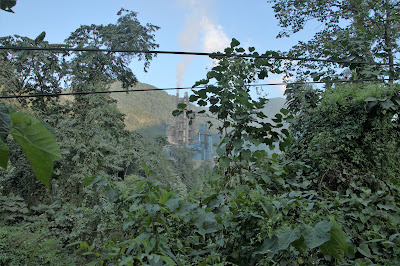 Then the owners showed up and it did not appear as though the wife and the two children had got the message that the birding group had taken over their backyard, but they made us drinks and ate with us and told us their stories.  Wife center, husband center right next to the two children.

And....the stray dogs living on the street below barked, all night.  The only thing louder than the cement factory, were the dogs.  Oh, and the owners now had only one dog... as a leopard had taken their second dog a few weeks back...from their back yard.  The owner decided it was best to leave the yard light on, and put in a new bulb before bedtime.

There were birds in this backyard....

We survived the night.  There were no leopard attacks but no one got a good sleep, and by morning my mouth tasted like it had burnt metal in it.  The hosts were nice but Nganglam needed some environmental help.  We named the place Camp Cement.

We soon forgot about Camp Cement as we drove on a new road carved into the cliff of the mountains and in many places had had rock slides from the monsoon blocking it and now the debris flattened to drive over the top of.  I was afraid to look over.  Even the bridge between sections of thecrazy road was scary.  We we met trucks I had to close my eyes and hope. We survived and I guess it was all in great fun.... 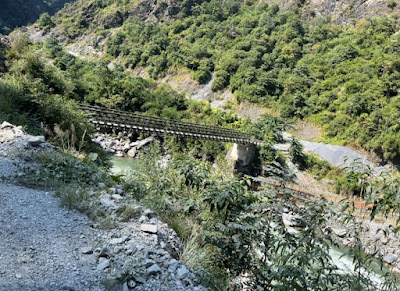 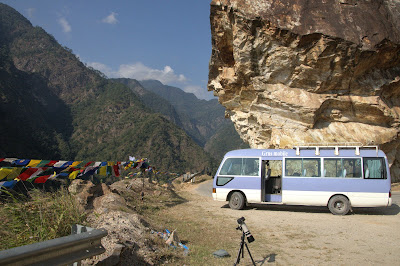 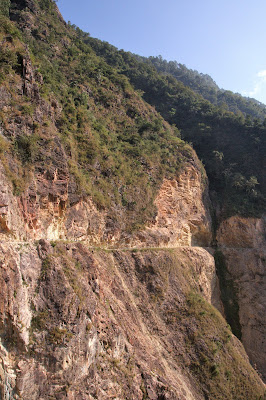 So we did see some birds 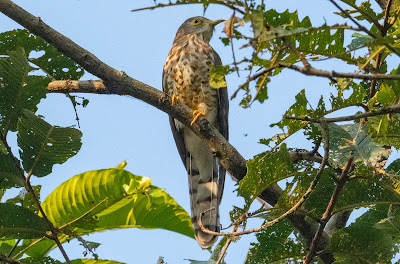 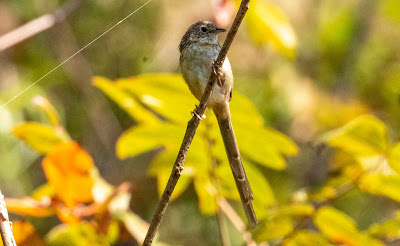 
This is just some of the birds, more to come and even more adventure to come, Bhutan.....interesting place, Kings, CEOs and luckily no leopards.
Olaf