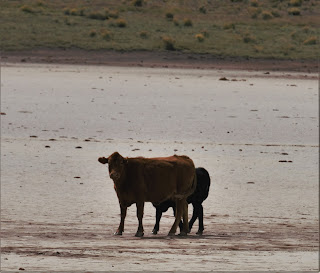 Well, this morning, I was standing at a corner near Winslow, Arizona.  A moment earlier, I was actually running down the road, trying to do something, I don't know.  I had seven birds on my mind, four that seem to go from me, two that want to dip me, and one that is somewhere nearby.

Count while you still can, don't even try to understand, just find them in this place and it'll be ea...easy," I stutter.

Back to my corner, I see a girl, a REALLY pretty girl, in a flatbed Ford, (got Nevada plates) she is slowing down to take a look at me, "Come on baby, don't say maybe, I got to know if your sweet love is going to save me." ...and of course take me to get me this bird.

I think, We may loose, and we may win, we may never be here again,
she stopped.  "You want a ride, birdboy? You want a ride with me."  She says subjectively pointing to a spot below her neck and then slides her finger to her collar and keeps going for a couple of inches.  I take a relaxing breath.

"Open up, I say, I'm climbing in."  I say getting my nerve.  I think to myself, this bird is going to be easy!

Then I clunk my head, then again, I awake and see the city of Flagstaff below and then just as I come to, the plane aborts the landing...."What the?"  Crap, I'm dreaming, this is Flagstaff and American Airlines is going to get me again.....why!  WHY!

Then the plane makes a circle and then in it comes, hard, fast, left right, the girl next door looses it and shockingly, we land.....we LAND! Holy crap...I got to go!

It is grab and go time, grab my stuff, grab a car and go.  I race up I-40 to Winslow....having deja vu, I speed by a hot number in a Mustang broken down on the side of the road, and I slow, but I don't stop, sorry girl!  I do mean maybe!  No bins, no ride.  I speed up and I drive over the hills and then dirt road and less than 40 minutes later I'm at Round Cedar Lake, it is windy, dusty, and well, I'm in the middle of nowhere, but then...

there my almost nemesis is....Gotcha! 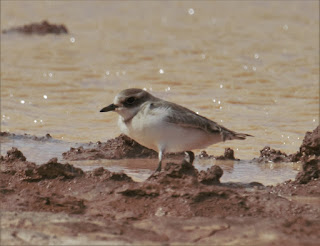 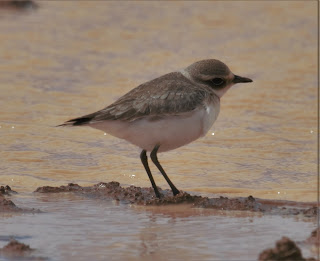 The poor bugger always kept turning its head to the right, something is not right with him I fear, poor bird.

I stopped out to look at a few of the nearby volcanoes, quite recent eruptions here at at Sunset Crater, really interesting geologically. 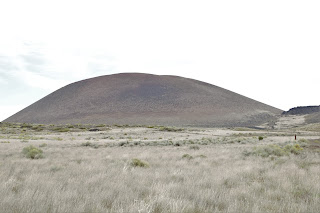 This one looks like a nipple, and has a nice cone.  Hard to believe less than a thousand years ago, some mighty big eruptions happened near here.

Here is an odd house near another cone. 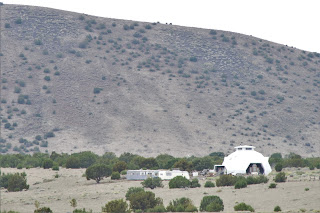 I've been to Flagstaff twice, once chasing condors in 2014, and once in 1991 when first married during the only time I left my wife.  I got mad at her being mad on the trip so being mad, I just drove off from the Motel in Flagstaff, near where this bird was today, I turned around and came back, vowing to never leave again.  I don't know, we were having a good trip but well, maybe we were in the car too long together on that Lake Powell trip trying to see too much....25 years later, water under the Rio de Flag bridge.

Well, I was supposed to be on the Weather Channel tomorrow for an interview about birding and weather....Bad weather me.....unfortunately, Hurricane Matthew bumped me and so I guess maybe I should go stake out that storm....go chase the chasers....

you never know, Olaf is like smoke and could just appear anywhere.....today, it is poof! and I'm gone but I'm out there, lurking, standing at a corner near you....Taking it Easy!

Lesser sand-plover....you have been had