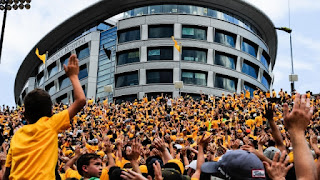 We were in Orlando having a reunion of sorts, with other displaced St Martin couples.  Discussing the present, and the future.  It was a total of 20 refugees that all showed up, it was a great week, sad in a way, but great.

I got on an elevator today with a man wearing a University of Michigan hat.   I looked at him as I held the elevator to get to the Delta Sky Club at Orlando Airport and rolled my lip and as usual, said something pithy and snarky.  I despise Wolverine football like I despise nothing else in this world.  "I hear Ohio State has a good team this year," I said.  I can't use my team so I have to improvise.
You see, as I've written before that I am a University of Minnesota fan.  Being a Gopher fan is about five steps below being a Cub fan for a variety of reasons that I won't get into here.  We are a pathetic lot as to be honest, the Gopher football team sucks, it more than that but I can't say it here.  Their last claim to fame was winning the 1960 National Championship in Football even after losing the 1961 Rose Bowl.  Despite tying for the conference title in 1967 and not even going to a bowl game that year, it has been 56 years since UM had Big Ten immortality that being a seat in the New Year's stage, a second futility mark only to Indiana University, a team steeped in absolutely NO football tradition.  I will never see a Maroon and Gold Rose Bowl...never.
These years of woe have had some respectable season's, but they have been few and far between and Murphy's Rule comes into play during almost every season.  Our principle rivals are the University of Iowa.  The Hawkeyes and the Gophers play every year for a bronzed pig, "Floyd of Rosedale" but although I am firmly in the Maroon and Gold camp,   I have a UI hat, a sweatshirt and a diploma on my wall from the University of Iowa, for Graduate Medical School Education in Family Practiced.
Minnesota plays for unequaled, four official travelling trophies--with Iowa (Floyd of Rosedale), Wisconsin (Paul Bunyan's Axe), Penn State (the Governor's trophy started by Jesse The Body's bet with PSU), and Michigan (the Little Brown Jug) this is not counting the dreaded "$5 Bits of Broken Chair Trophy" 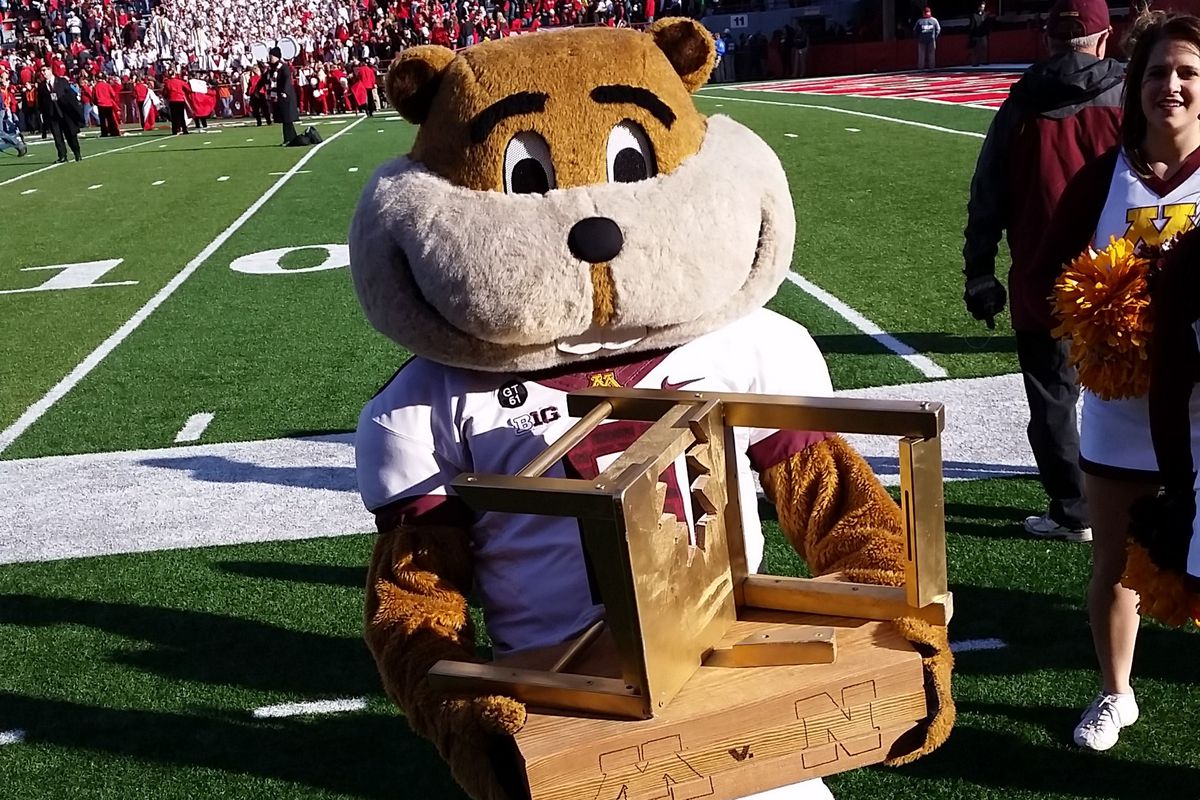 Which was reportedly destroyed by Nebraska in 2016, but there is rumored to be a replica in place for the 2017 game.  They won't sanction the trophy though.
Rivalry Games are fun,  I still remember the many years Minnesota knocked Iowa out of the Rose Bowl, once with Jim Gallery kicking four field goals in Kinnick Stadium beating the Hawks 12-10.  Again, though, I despise the Wolverines.  Anybody but Michigan...I always say.
Today, Iowa plays Ohio State and Minnesota plays Michigan and I of course will always root against Michigan, but it is futile, so I'm hoping for Iowa to do something with another team I don't have a lot of time for, the Buckeyes.  They play in Iowa and in this day of rampant academic fraud committed by North Carolina, and others, something magical will happen like it does at every Iowa home game.
Before the game everyone stops, turns around, and waves at the windows of the Children's Hospital built recently right next to the stadium.  It involves everyone in black and yellow, even the players on the field.  It moves me to tears just thinking about it.
Maybe it was that 20 years ago, my Son, Tyko sat in the old UI Hospital having surgery as a toddler.  It was the lowest day of my life as a parent, that night was longer than any other.  I always have a special thankfulness of that place and I can only imagine what a child with cancer must think having 90,000 fans waving at him or her.  It is special.  Nothing greedy and self-righteous like other sporting events.  It isn't always about 'me.'

It brings tears to my eyes just writing this.,,,,,,,go Hawks!

Well I need to change the subject to Florida or I will just be incapacitated with emotion.

That really was a fun and happy week
well despite our family cat having lost another "LIFE" but that will be in the Christmas letter... 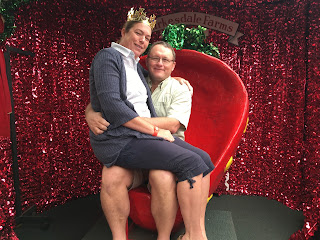 Here I am with my lovely Queen

Then I went to see some sights.  Of course I went birding...what kind of guy am I? 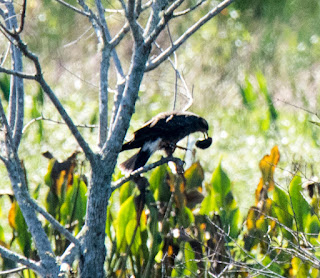 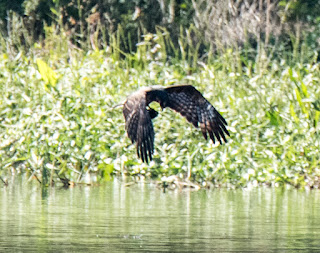 I guess I still do.  Always a good bird and then we went to Spook Hill, one of those gravity distortion places that i never seem to get. 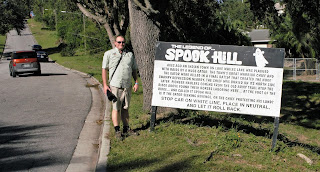 Oddly, three other cars were there.  Considering the legend involves something akin to Paul Bunyan, I don't think, I'll use this "legend."  The cars do roll backwards though.  They come towards the sign which is an illusion of sorts.  One guy did it six times....he needs to find birding or something as a hobby. 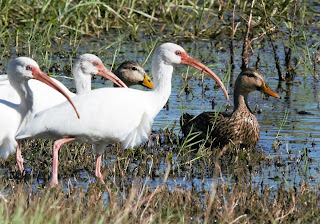 After a great  Halloween party at an Undisclosed location, we went to find some hard to find birds. 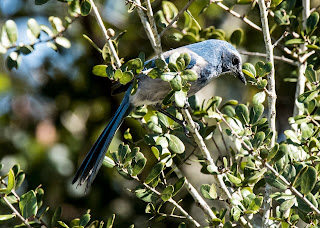 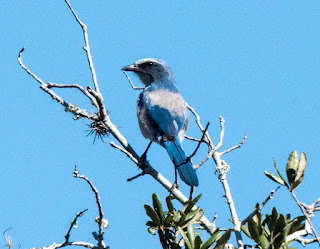 Always a favorite.  The Catfish Creek State Park was deserted and a great spot for them.  We then staked out the Disney Preserve for Red-cockaded woodpeckers.   We may have seen a pair in the distance but could not confirm them, seeing what I initially thought was a black swallowtail butterfly, later pointed out by a reader that it is an E. Tiger Swallowtail.  Seeing this instead, almost as good as I'm on a mission to see butterflies and ID them this year. 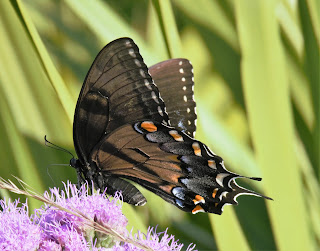 We did get brown-headed nuthatches 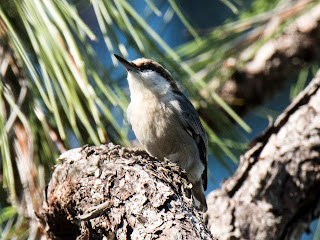 My second spot for them in Florida this besides (or in spite of) some noisy walkers.  They just talked and talked.  Again, the place was almost deserted.  How this place even exists is a story of corporate greed and basically a cop-out from everyone.  It is managed by the Nature Conservancy, who, I might add isn't usually happy to have people looking at their wildlife.  They open late, have trails that don't go where the critters are that they are protecting, that is if they allow people on their land at all.

So...in a second try for the woodpecker, I thought like this and when the trail went left, we didn't ignoring the "Authorized persons" sign and kept going.  Sure enough, a half mile later, we found marked red-cockaded trees. 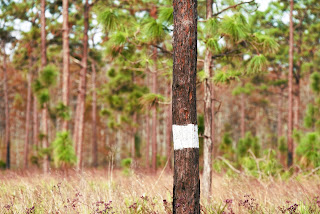 More of them were just a tramp into long grass away but well, it was late and they were off feeding and I didn't need them of anything so we went back for lunch.  It was just nice finding where they hung out if I ever need to find them.

During the week, no great birds showed up in Florida so I had nothing to chase, just the rays of the sun and warmth and since it was snowing at home, that was enough.

I still got an unidentified butterfly to ID 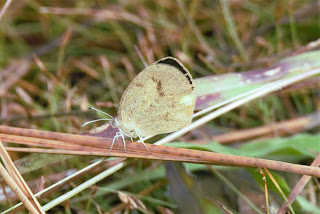 A guy needs something to do...

Anyhow.....GO HAWKS.  BEAT them dang Buckeyes because my boys have no hope versus those Wolves....and that loathsome Harbaugh and company, even Tom Brady (he was a Wolverine...too...once) is in the bottom of my barrel

And if you are in Kinnick some day....give those poor kids a WAVE!!