My time is unfortunately not money 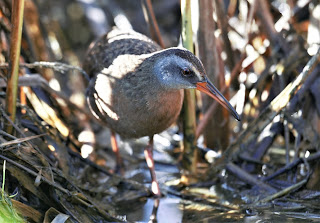 Time is priceless, time is money, time waits for no man, lost time is never found again and of course time flies, but if time flies like an arrow. and fruit flies like a banana, therefore if you find an arrow that looks like a banana is time just a fruit?

Okay, enough logical paradoxes and proverbs or whatever they are.  Summer has come, whether we like it or not.  The other day Professor KC Jensen of SDSU reported a least bittern near Brookings, SD and needing one in South Dakota and the warbler migration passing us by largely with few birds as the midwest weather has been rather tame, I headed south.

KC picked me up and a few minutes later we heard it, and then eventually, it popped out. 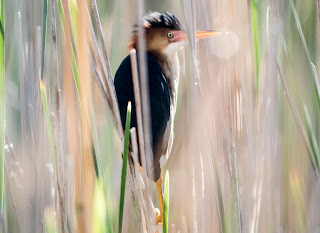 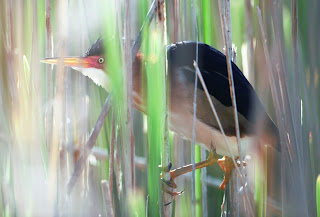 Patience rewarded us.  Boy they are tough birds to photograph let alone even see, my only previous photograph was one I saw in Florida during my big year which was too close and all I could photograph was its head. 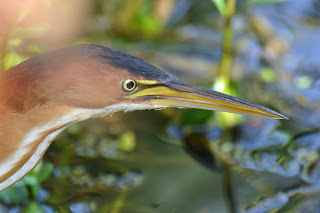 Usually I only see this bird accidentally, flying from me after just about stepping on one, or just a heard bird deep in the marsh, sometimes even just a few feet away calling it's tell-tale call, never to be seen.  Whatever the case, I had South Dakota life bird #299, and it was even seen.  One to go!

Another bird frequently heard by me but never photographed is the Virginia rail, but KC had a pair of them too and after a brief stop, we had a pair looking at us in the ditch enar the Big Sioux River 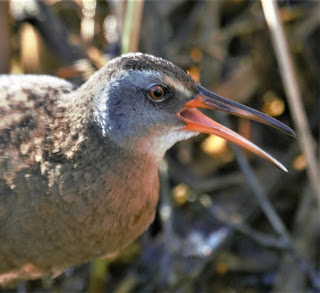 They were almost too close, too.

After this bird adventure on Friday, I had to go and work on things.  I had an annual meeting in Minnesota and then on Tuesday, I was in Highland Park in St. Paul at the fashionable Jewelry Store RF Moeller.  You see, my grandparents had a collection of pocket watches and they thought they had something special, especially these two 1880ish watches.  One lady's watch on a gold chain.  14K is a sellers best friend right?

Let me say it here, I know more about farming than I know about watches, I can tell time and that is about it.

The watch repair guy told me a story about a Macalaster student the week before that came in with having a pocket watch for 3 years in his backpack.....he told the guy it was worth 25,000 and the student left carrying a 20,000 check that would cover his senior year's tuition payment in a bewildered state.  Good thing he hadn't squashed it.

He looked at mine, starting with an 18 jewel Illinois, that still works, it is nickle silver and has a clean face.......$100, then another $50, and then he got to my two gold ones, one of which may have family history to it.  My great grandmother was born out of wedlock, and then after being thrown out of the Mennonite family, her and her mother were taken in by the local vet into what looks to me like a rather functional threesome with his existing wife, although some of the vet's existing wife's looks at the young mistress are quite snide IMHO.  Some say he was just a generous man to take in such a handsome young lady, and I don't sugarcoat the past.  It was 1900 and well, you had to get by and what was a young woman in Iowa to do, her only assets were herself.  I think it rather smart otherwise, I wouldn't ever be here.

We think she was given this watch as a present and then it was passed down.  It was probably the Vet's mother's as that would answer the date it was made or maybe not.... 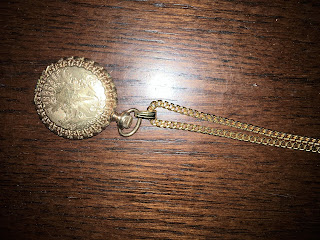 The watch expert looked at commented that it was pretty and then explained to me the Waltham company in MA that made it and bronze filled gold.........I instantly knew what that meant, the chain was a 1970ish, gold plate chain, it wasn't anything.  Value....$100.

The well done men's watch had to be something.... 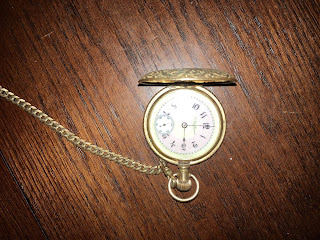 It has lavender dial, but again....gold filled bronze.......just ....$100, made in 1881, but really of no substantial value.  "Sorry, we don't buy parts watches and that would be what these would be for to us, sorry.  Neat dial though."  He recommended Ebay as maybe two guys would think these would be something of value in it, and bid it up over a hundred bucks.....much like probably my grandfather did back in the day, three of these he paid nearly $50 back in the fifties to fix, that was a lot of money then.....

my time pieces are not worth much......14 watches and maybe I can scrape together a grand which may take quite a bit of work.  We'll keep the one with possibly family connections although I can't help but think she should have held out for a better watch, but again, she probably thought it was worth a heck of a lot more than it was.  Possibly the wealthy Vet from Jessup Iowa shrewdly played her with a watch that looked nearly priceless but really wasn't.  Oh well, it wouldn't be the first time a mistress was given something that glittered but wasn't gold.

I did feel a little sad for my grandparents guarding these watches for six decades like they were treasures of immense value, but in actuality they were just run of the mill watches, but things like that happen every day.  They may have paid about as much for them back in the 50s as they are worth today, but again this proves the time value of money.  I guess pocket watches turned out to be a poor long term investment, much like all collectibles.....Now as executor of the estate these are my problem.  I'm not starting a watch collection.

So anybody in the market for some old watches?  I got a few....