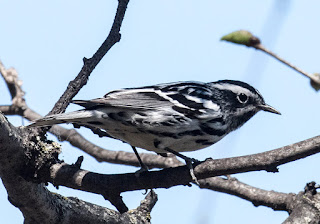 Its warbler week in northeastern South Dakota!  This is always a happy time in spring migration.  This year, especially so, since after last week.  That ended up being dominated by a screwy car deal gone bad.  It was an anger filled and frustrating six days, so having something as happy as this is a very good thing indeed.  I’d write a column about last week, but it was just too exhausting and irritating. I’m not sure I want to relive it.  I’m even hesitating on writing Yelp and Google reviews, despite it being a OMG event.  I did get a new car but I did apparently contribute to getting a general manager dismissed, so it wasn’t without a casualty or two. 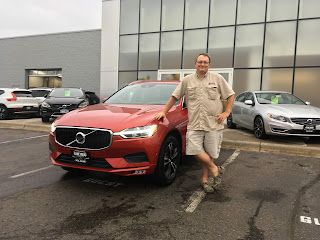 This blog is also the basis for my Column this week in the Watertown Public Opinion, so it is meant for a more general audience than my followers of avid birders.

I was also working on scheduling book events for my new book “Confessions of a Pike Whisperer,” which is much more satisfying than writing nasty reviews online about Volvo dealers and employees of Volvo dealers.  I will be at DDR Books in Watertown on June 5th at 7pm to sign and sell books.  If you are reading this and located in NE South Dakota support your local bookstore and show up and say “hi!”  I’m sure more on that it looks like I’ll also be in Sioux Falls at Zandbroz on June 16th form 2 to 4 PM and working on others, so contact me for questions.  I'll be at the Grantsburg Public Library in Wisconsin on June 2 at 10 AM.

Warblers….every year, the northern birders wait patiently for the annual spring return of the colorful little song birds called warblers.  These birds can make it about a hundred miles a day in good weather after wintering in central and South America.  They can literally, if there happens to be a fallout, fill trees with yellow, orange, red, and even blue.  A fallout happens if the migrating flock of birds hits a front or a storm causing the birds to all end up in the same place like a small grove of trees, a cemetery, or one shore of a lake.  Places like the south shore of one of the Great Lakes can be a great place as many birds can pile up, waiting for favorable winds to cross the water.  Magee March in Ohio has the “Biggest Week in Birding Festival” where you can see over 20 species or more on a normal day.  After May finding warblers is hard work as the little birds hide in either the tops of the tallest trees or in the middle of the thickest bushes.  Many of them also breed in the wilds of the northern and northeastern forests so even getting to where they live can be a bug and tick infested adventure.

We are on the western edge of warbler migration so here in South Dakota, it is always a very spotty event.  I tend to monitor locations in the eastern border of the state with mature trees and water like Milbank’s cemeteries, Hartford State Park, Sicca Hollow, and the park in LaBolt, but last year, the best fallout around here was at the cemetery on the west side of Aberdeen on a day when a “mega” rare bird showed up near Sand Lake NWR.  We had to abandon the fallout to chase the curlew sandpiper which after driving above the speed limit over there, flew away just as I got the scope on it.  I really didn’t see the sandpiper and I left many unidentified warblers in the Aberdeen treetops so it wasn;t the best of days even if it was the best day of the year.  So we’ll see if we have a good year or not.

They call a group of warblers by many nouns.  One I like is a “bouquet” of warblers but the terms “confusion,” “fall,” or “wrench” also works.  So far I’ve found some small wrenches, and logged two state lifer warblers.  A magnolia warbler and a chestnut-sided warbler this one which eluded my camera since I had ran out of battery power…the luck of Olaf.  I have such a paltry state warbler list... 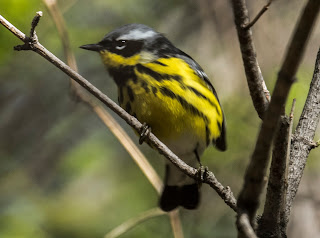 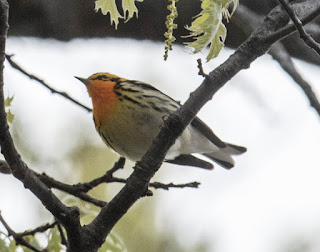 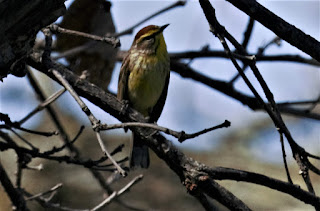 Go out and find a pretty bird this week!  You might be surprised by what you see.