The Hummingbirds are back 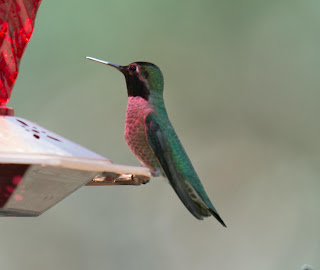 The first hummer came to the feeder and even it mocked me with my trouble with pink....then I scratched my head...a pink breasted hummingbird.....what the?  Everything seemed pink now to my eyes....

It was the start of some early hummer madness...they were hummers...I was mad, mad as a hatter.

It was a long day repositioning from Connecticut and my busted pink goose project.  I flew into Minneapolis, hooked up with my wife and daughter and then on to Phoenix and Tucson.  We crawled into our hotel room for a few hours in Green Valley.

Let me say, this was a scheduled trip for sometime.  I needed family and this trip was a bit on the calm and down low.  I needed that...

I had three birds I needed, as I had scrapped the search for the black-capped gnatcatcher to go get the ivory gull, that was a first stop and then I needed a spotted owl.  I also learned that there was a hawk watch at a park in Tubac south of Green valley and when I emailed the person reporting the numbers, he said anyone could come.  The place offered, picnic tables, a jumping dog, and a group of about 60 watchers...the first bird called out was a black hawk, and life...was good. 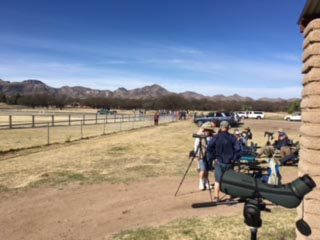 It turned out the dog walkers came out and watched the bird watchers and many of the bird watchers watched the dog walkers.  It was basically the month of March in Tubac, people with dogs looking at people with bins looking for birds but generally chatting.  My daughter watched Joey, the jumping dog who could easily clear the fence in the dog run, and after a while, as my hoping something else showed up waned, I realized my two ladies weren't watching hawks and just dogs...it was time to leave.

We then went to Florida Canyon and got the gnatcatcher with a little effort, and then we had ice cream bars at Santa Rita Lodge while watching hummers feed.  It was a little slow as the heat of the day was happening, but my daughter was adding year birds right and left.

After a supply stop in Safeway where I met the oddest, and most talkative checkout guy ever, I got a listing of his entire household of pets, feeding schedules, and I learned he was a young man who needed to leave Sierra Vista right away....really.  His middle name was bored...

We came into the Beatty Ranch just after 1530, and met Tom and Edith.  They were the consumate hosts and we stayed in cabin A.  It was a rejuvenating place and good for Silja and my souls.  Sometimes we don't seem to know which way to go.. 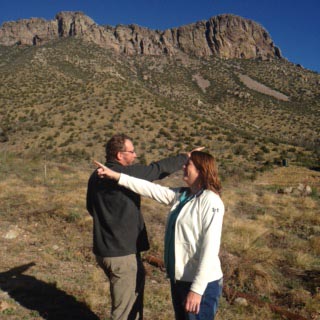 but here...we met in the middle. 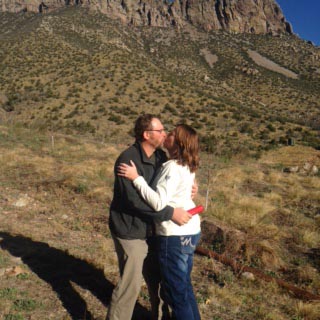 It was nice at the Beatty's, and it turned out one of the three Chemistry Profs that challenged me and shaped me back in the day at Ripon College, Dr James Beatty PhD of Ripon is Tom's brother and also now lives in Sierra Vista.  Ahhh...P Chem...the memories.  Not all memories are good.  One memory is of one of my classmates and one of the 8 in that class killed himself the weekend before finals started, with cyanide he stole from the stockroom possibly even when I was on duty.  We all went to Scott's funeral on reading day.  I ate with Scott just before he did this as I had a forensics meet in UW-Stout.  He seemed okay 48 hours before....I also remembered a caring prof during those trying times named Dr. Beatty.  I chose to remember the good......

This is the forth time, Ripon College has turned up recently birding.  I have even been rescued by the president of the Board of Trustees in Belize birding once.  I called my old prof, who I'd lost track of when he retired and although he didn't remember me, I thanked him as I have Dr Scamehorn who is still living in Ripon and I always regret I never did this for Dr. Earle Scott before he died. Dr Katahira who replaced Dr Scott in 1986 is still there and teaches my twins.  It has been 28 years since I graduated ...I was a 22 year old punk back then, with unruly hair, bad dress, and well, not a six pack or even a single can abs....now... nothing has changed!

It is a small world, and as the Beatty's hail from Fargo area, it was nice talking midwest with them.  They have suffered much over the years with fire and flood and it is amazing they still have a ranch.  I needed the 10 hours of sleep and so apparently did my family.  Tom took us personally and showed us the pair of spotted owls in a tree, it was even kind of sweet in a romantic sort of way.  Nothing beats owl sightings and for the rare owls, even better.  We look forward to coming back in hummer season.

We hiked as much as my wife's bad ankle would tolerate and except for my daughter loosing her cell phone, I think in Suguaro National Park, it was good trip, even she thought so.

You know, I like writing about some big event, or ranting about something I see, but this was just a nice relaxing weekend and allowed me to reconnect with my wife of 25 plus years and my 15 year old daughter....that and 3 target birds and 11 FOY birds gave me a total up to 486.  I got 5 hummers, including a couple of really good photos of birds I haven't photoed...Okay ready now for more chases.  The biggest surprise was a yellow-throated warbler in Patagonia.  It has been there for months but what is that doing there?  Maybe it like us needed a little R&R.  Thank you Arizona, the Beattys and the birds.....

Common black hawk, first one on the watch, we saw 5, not sure what the final tally was for Friday 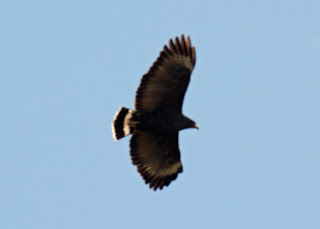 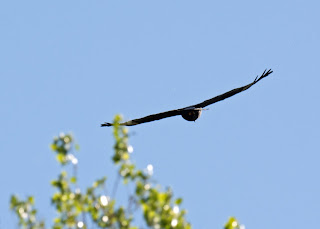 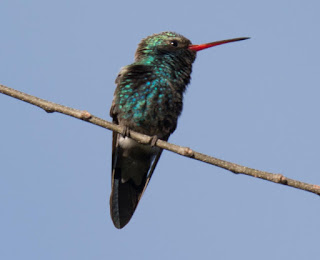 Black capped gnatcatcher male, got many photos of the female below 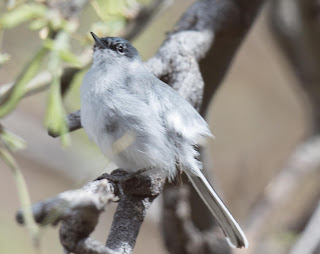 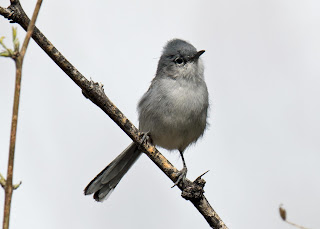 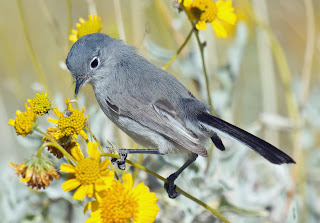 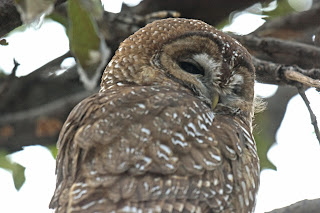 Violet crowned himmingbird, which is slowly becoming my favorite hummer, third time is the charm to get decent photos of this bird....2013, and 2015 photos sucked! 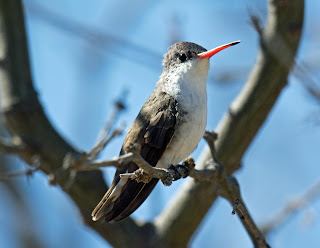 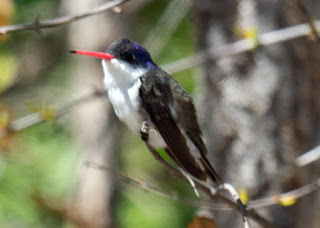 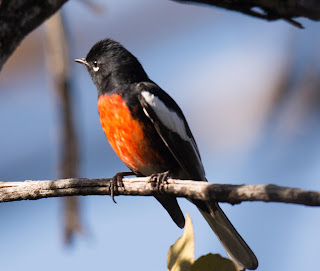 Life is good, the hummers are back!