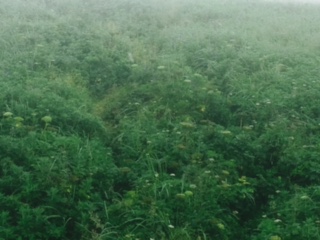 Walking around St Paul Island especially the Zap Cliff area is fraught with peril.  The Puschkie is thick and wet.  It covers up many holes, which if you step in them you have two choices (assuming they just don't suck you in, one I looked in I could not see a bottom).  The first choice is to just let your ankle break.  The second choice is to fall.  But that has too added choices, you can either fall off the cliff or into the grass.  That latter choice is also fraught with peril.  For if you fall and accidentally touch any of the Northern monkshood (of the family aconitum), you very well may not make it off the hill.  The stuff is everywhere. 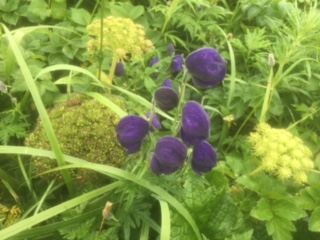 It is one of the most poisonous plants in the world.  It works fast and easily absorbed through skin. It is without any antidote and close relatives of this plant have been used for eons for murders, suicide, and other nefarious purposes.  DON'T TOUCH OR PICK THE FLOWERS!  I do have use for this plant in a new novel...

Here I am sitting in a patch, cheating death 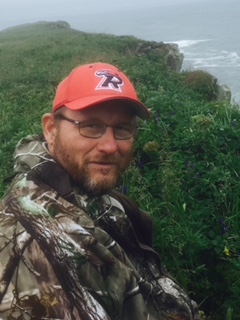 I came up to Alaska to pick up a bird I missed this spring, because it is here and well, I am pot committed.  I got weathered out of where I wanted to go for a tit, so I caught an open seat on Pen-Air out here.  It was touch and go, even to here.  Luckily, the Wood sandpiper did not disappoint. 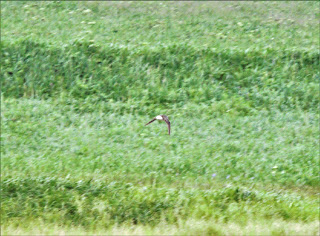 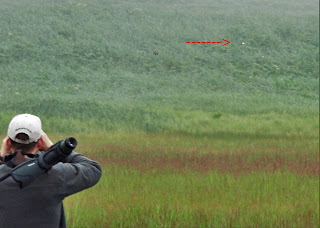 Stephan one of the St Paul guides watching one of the two as it flew away.  They always flew away, here and Attu when I saw this bird previously.  I was clothed this time.  I hate wood sandpipers, skittish flighty birds.  This bird is identified by its call and the big white rump as it flies away...Sorry Sandy, I hated to pass you but, IDK, here I am

Later on the 18th, we went and spotted another year bird... 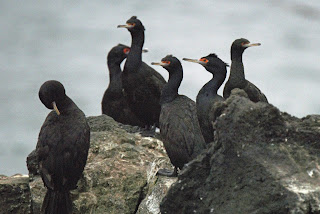 A common local bird and I guess seeing one for the very special 750 was a bit of a downer --no ultra rarity or epiphany moment.  It was a foggy, wet moment in the history of birding, the birding Gods could care less but heck.  I had reached the big milestone, at least.  Sorry Neil, I can't say anything else, but sorry.  There wasn't champagne,  I borrowed a small bottle of chardonnay from a woman visiting the island and I hate chardonnay.  There is no bar to drink at, it is a 3 mile walk from the airport.  I don't know, it was a goal 750, but it is hard to celebrate anything alone, especially this.  It is a number of species never seen before in a year until this one and here I am.  It doesn't make me any better than anyone else, isn't changing my life, and in fact, possibly it makes me worse, I DID this crazy thing, most think I'm nuts.  What did I do?...I went to bed early.

The fog and the gloom continued, in fact even getting in here was a gut wrencher, landing in the fog.  seeing all the poison in the grass scares me, and well just walking....

I have no home leg out of here at the moment, I'm just hanging out waiting on vagrants and standby seating, and luckily, on the 19th, I nailed an early shorebird migrant 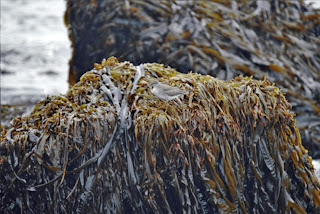 A Siberian bird not infrequently seen here, in fact my lifer bird was from here.  It got down in the rocks and I had to almost sacrifice a leg to get it out but what the heck....I have two, correct?

So now I sit, waiting watching, hoping not to die from accidental poisoning or from boredom...hoping for a flight.....should I just stay?

In the interim, I keep going out and looking, taking pictures, seeing stuff, waiting...hoping.... 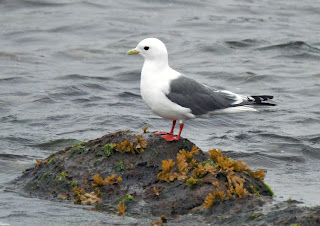 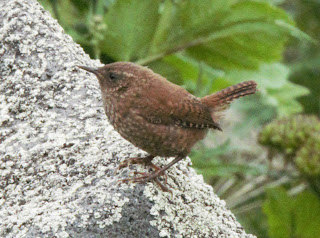 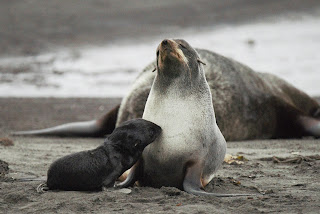 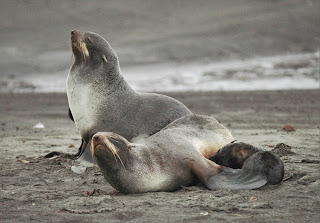 With one even nursing a calf.

Send messages....I brought nothing with to read
I don't want this to be the bane of my existence.....bad pun