The Pinnacle of our California trip 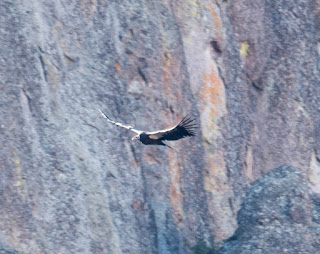 In the last 48 hours, we have gone from the highest pinnacle to the lowest canyons.  We have gone from the dreaded Priest Grade (luckily we didn't follow Google Maps on the "Old" Priest grade, it told us to go), to the parking lot of the Cummins Pacific center in West Sacramento.  I was yelled at for photographing a bird where I wasn't supposed to have a camera, things broke, and then...it snowed....but we had some great views.

So let's get started

We left Wilton on Tuesday and two miles down the  road, I drew engine warning lights.  Afraid to head into the Sierras, we made for the nearest  diesel repair spot which backtracked us to West Sacramento.  3886 miles on Big Bird and we had blown a Fuel Pump Accentuator or something like that...a three inch red part that had stuck open.  It was a tense moment with the Bird helpless or seemingly so. 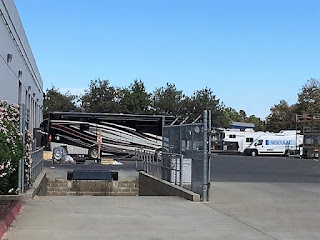 It could have been two days or four hours.  Luckily for us, they had the part and Miguel was awesome and four hours later after a tour of the Yolo Bypass birding area a few miles away, we were back on the road.  Of course I had the chip in my camera backwards.  The map function said 120 miles to Groveland, so we headed off.

Groveland used to be known as Garrote, after hanging some troublesome Mexican banditos back in the gold rush.  In my opinion, it is famous for being on the upper end of the nastiest startch of road on earth--the Old Priest grade, set at 18-20%, and possible the steepest in the golden state, it is famous for unsuspecting people following it from map functions, like our friends.  They weren't driving Big Bird, we took the "new" road (as opposed to an old stage coach road), it was bad enough.

I have never been here before. 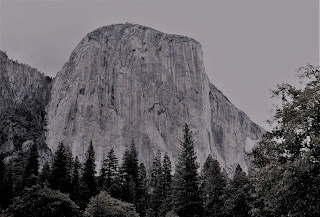 I tried to do my Ansel Adams imitations 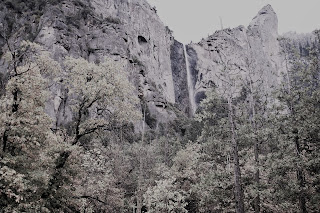 We hiked and found another grove of Sequoia, the Merced Grove, one of three groves they have in the park 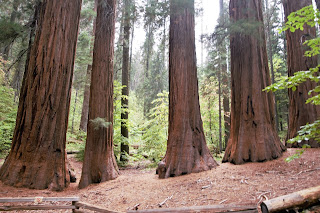 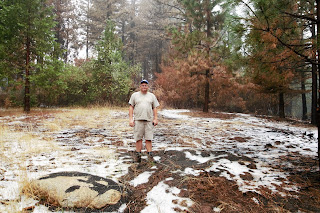 It was wet walking out, after having found a large flock of Townsend warblers the thunder snow was no fun.

We also found a park full of people.  I have never seen so many tents 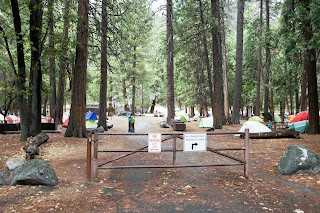 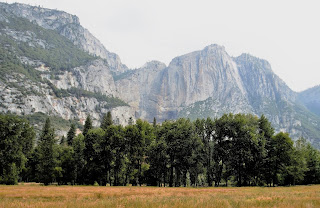 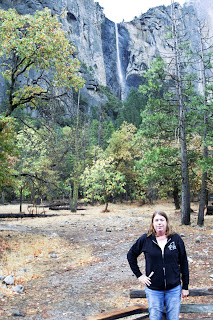 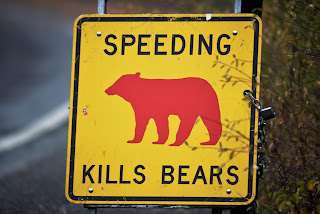 Okay, rain snow and more snow so we headed west to Hollister, CA

the engine held but I broke a mirror and it looks like we also broke an awning....sheez, more warranty work upcoming but that is why we are having sea trials of the yacht. 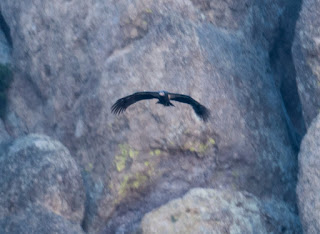 A first for my wife, Silja. I was last here during my big year with my son, Allwin....then we both got a first.... 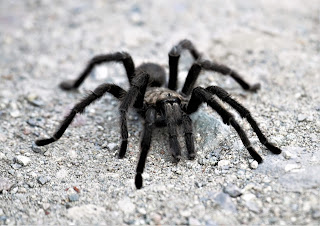 A tarantula....I guess it is mating season for the large buggers...this one was just walking up the trail....lifer beer for a tarantula?.....not sure, will have to think about that. 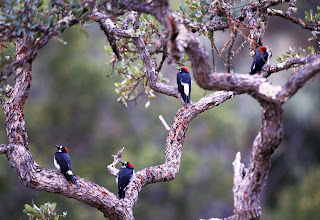 I presented my case to the local arbitrators and they said...no...well it was a split decision as it always seems to be with these guys.
what do I expect asking a group of acorn woodpeckers? 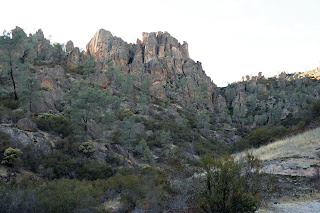 well we are still alive and still moving on......