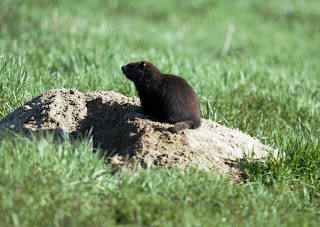 Bill Murray stated in the Groundhog's Day after being asked about seeing him tomorrow, "What if there isn't a tomorrow?  There wasn't one today."   The definition of stupidity is doing the same thing over and over again but expecting different results.  Here Olaf, me, is chasing bird after bird, lately with minimal success.....this time to Maine and again I'm expecting different results from Sacramento and Key West.  I, therefore, am the definition of stupid.  I seemed trapped in an endless loop of failure...I needed an escape out.

I flew to Portland, Maine, the first time I have been to Maine since 1979, when I stumbled out of a plane in Bangor as a 13 year old at 2am, did a circle on the tarmac and reboarded.  It wasn't much of a stop, but I counted it, I did have my foot on the ground.

I was also reminded of my last Blog...Clean up on Aisle 1, I was still on Highway 1, about 300 yards off of it, AND the place was loaded with groundhogs, in fact they were all over.  Maybe that was a good sign...? 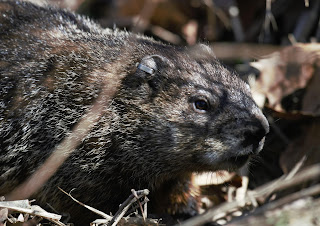 But when Bill Murray tried to kill Phil, it didn't help his plight...I showed up at a nice place, Gilsland Farm Audubon Center, on a nice day and looked around, and found...2 snowy egrets...kids playing duck duck goose, in that game I was always the goose, and a few birders....no luck on the little egret seen here the past few days.  Then I saw a report of it seen on a nearby island.  Not to be deterred, I got over there, the home of a School for the Blind, but all I saw were lots of Common eiders. 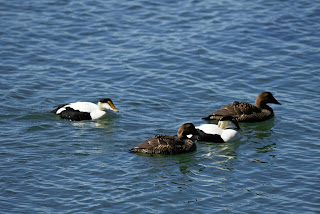 I hadn't photographed any in the big year yet.  I looked all evening until I just about passed out from exhaustion, so ended the day of April 28, 2016.

I awoke and repeated my search...nothing, then on the island for the 3rd time walking the 3rd loop, I noticed a sign 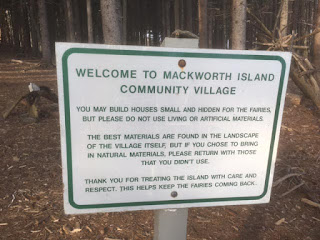 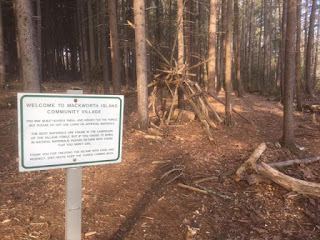 According to the sign, the area has Fairies, tomte we call similar creatures in Sweden..........oh, now I get it, the groundhogs are just coincidental, this is tomte country.  I didn't realize they had moved into Maine.  I know how to take care of troublesome tomte, every Swede does.  I saw some houses and did what I had to do.  I wasn't too proud.

With confidence, I drove back over to Gilsland Farm, followed my instincts and then there, tucked into the bay to the south was my bird.......... 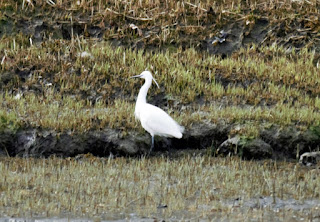 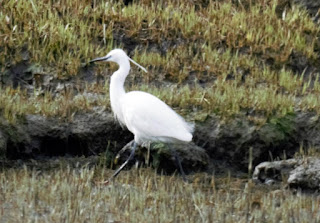 Yellow free bill, two plumes on the head, the real deal.  I then went to Two Lights State Park and spotted some birds including a new one too.

#613.  Thick billed murre, a flyby but something I needed, i'll get more to photo in Alaska, problem was, I lost my second lens cap on my spotting scope on that point.  By the way, there are no Lighthouses, at Two Lights SP.

I also saw a Merlin at the coast 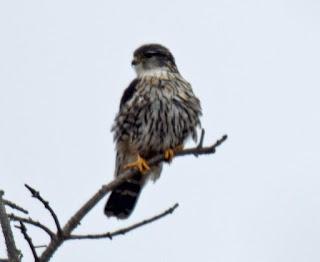 Breeding plumage Willet, they are so odd looking on the east coast 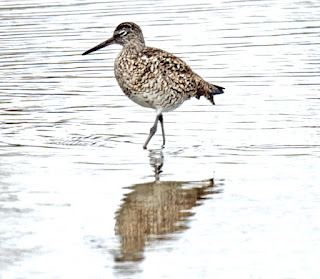 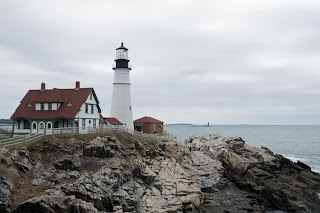 I had time to sightsee, thanks to my truce with the tomte.  He was a stubborn one that one, but I convinced him to let me see the bird, if I left.  It is lucky I'm a Swede and knew what to do or I still would be looking for that bird.  You know, I've always wanted to be the Mythical person inspector in Iceland, maybe there is a future for me doing that in America?

I went back to Minneapolis. I left 28 hours after arriving, where I plan on doing some migrant searching before I head west to San Diego, to finish my both coasts twice in the same week plan....I did say I was stupid right?

Thankfully, on this chase, it wasn't groundhog's day, it was just Maine. I like Maine, I shall return...