The Snowball From Hell 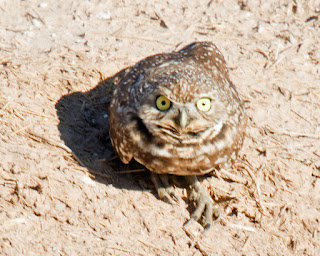 Milbank South Dakota big year birder arrested in Mt Laguna Snowball incident that he states was only a misunderstanding.  After a report from a fellow birder, James Brown, that Mr. Olaf Danielson had thrown a snowball at him.  After learning that such activity is against the law, he reported him to the local authorities as he felt was his responsibility.

Mr. Danielson of rural Milbank, SD, was forced to present himself before a local magistrate and then after the following picture was used as evidence against him during testimony Mr. Brown gave to the court... 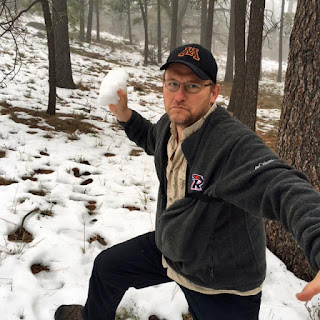 Since this was his first offence and that he will be leaving the jurisdiction shortly.  He promised to post a copy of the sign showing that throwing snowballs is illegal.  If done so within 48 hours of his sentence on his famous blog, the $500 fine and jail time was waived. 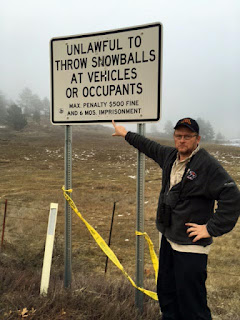 Merle Haggard sang...The best of the free life behind us now. And are the good times really over for good? Are we rolling down hill. Like a snowball headed for Hell?

Okay, I'm a little ahead of myself...

After flying into Phoenix, we decided to bird the Southern Pacific route from I-8 through Southern California.  We spent the night of the 13th in Gila Bend AZ and got up early to drive to Willton, AZ in the hope of finding a ruddy ground dove but the Green Acres RV park didn't look very birder friendly and the manager was not in so with some hesitation we drove on. No bird is worthy of being arrested for. 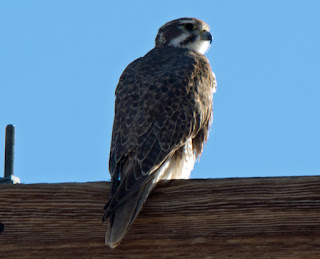 We spent some time around Yuma and we found the oriole in a clump of bushes by the river but it never showed for Jim and then we drove to the Salton Sea.  No new birds for me though, I was just here.

We began our assault on the California bird list with the precision of a 15th century surgeon using a butter knife and a box full of leeches.

We arrived exactly 5 days after Greg Miller and his band of Big Year Birders cruised through.

Largely it was an unsavory affair, not for the birding although we could have had better looks of birds.   We got what was needed.  I immediately felt itchy from a previous exploit in the area courtesy of bed-bugs from staying in El Centro in 2013.  We drove around without any help from the local guy at the refuge who didn't know what a yellow-footed gull even was, but luckily I had been here before.

#316 Yellow-footed gulls, we had one up close that was sleeping and later 2 that were way out in scope view
#317.  Mountain plover feeding in a burnt over field at the far corner and not photogenic at all
#318  Ross Goose were back in a field 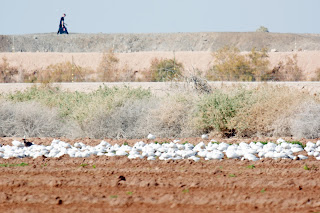 #319  marbled godwit
#320  California Gull
#321 Ferruginous  Hawk flew before I could photograph it.

It could have been better but we got what we needed to see.  There were thousands of long-billed curlew around and we saw dozens of burrowing owls. 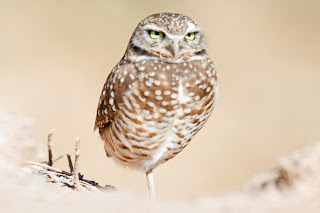 It was during one of these stops that my camera got smacked and for the rest of the day, all my pictures were yellow and fuzzy, luckily I fixed it that night.

Salton Sea....we use natural gas to make power to desalinate the water, which we use to flood desert to grow hay, to feed cows to produce milk to exploit a loophole in the nations milk pricing.  It is an ecological disaster, but...they have birds no one else does.

We drove up to Jacumba, found a flea bag hotel and ate and passed out to the calling of owls.

We awoke, found coffee for Jim and drove up into Mt Laguna and found fog, rain, snow, and loud trucks.  It wasn't a good time to be up there and than I got frustrated and made snowballs...
well you heard about that story

After that, we found a few birds.

Nothing worth photographing and it was so foggy and wet, nothing was going to turn out and I didn't figure out my camera issues until then.  I was thinking I still had issues from the rain in south Texas on January 2-3.

We then went to my secret birding spot in San Diego, which isn't really a secret but a great spot for everything. Tecolote canyon... In just 40 yards we tallied: 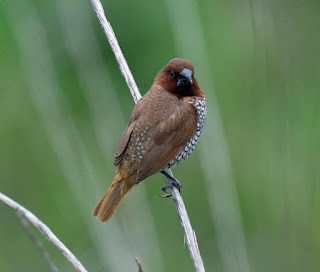 #328  California gnatcatcher, which wouldn't come out nice but I have great photographs of them right here, well ten feet away. 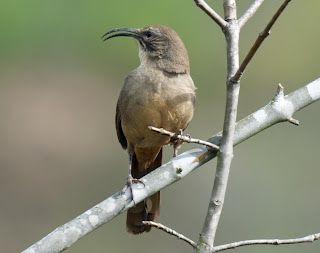 #330  Wrentit, which I still haven't photographed well, a bird easily heard but not seen. 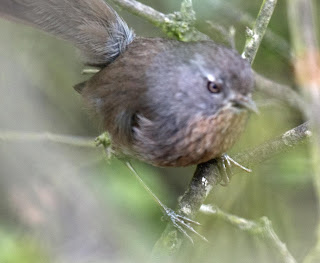 #331.  Western Bluebird
#332  Cassin's Kingbird, not many kingbirds around and these two were very shy
#333 California Towhee
#334 Bell's sparrow, which I played ring around the sage brush until it flew by Jim, he wasn't looking and then he drove the bush and it flew out of view.  We went to Otay Lakes and drove some more brush and I stirred up another but again it got away unphotgraphed

We went to Tijuana Sloughs NWR and did the Imperial Death march on the beach to see the shorebirds and terns, it was low tide do the Ridgeway's Rails weren't out.  There were a lot of birds there, Clark's grebes in the river in front of us and Eared grebes, the last of my 2 grebe needs, birds 335-336
Then on walking back at half light, I thought of a whimbrel and one appeared right in front of me seemingly from nowhere, bird #337.

Another of the other showy birds we saw.... 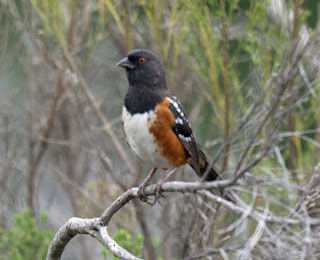 Jim, was cold up in the snow of the mountains and he thought he needed a hat.  We drove around the corner and there in the middle of the road was a perfectly useful and somewhat stylish (if your female!) hat, but Jim is famous for his off the wall hats and was so proud of his new one, I couldn't hold the snowball instance against him. Look at Jim with his new hat 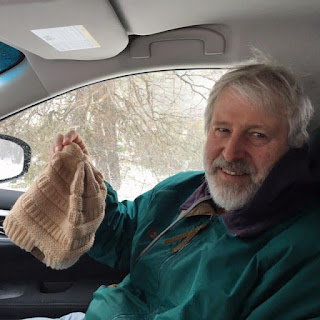 It was a fine find and the highlight of his day, that and the Ridgeway's Rail, I was happy to stay our of jail and continue the big year.  My best bird was those pretty little munia, show photogenic this year, I was impressed.

My big year was becoming like a snowball and all I hoped was, that it wasn't a snowball rolling down and heading for hell.  Month 1 half over, birds...337

Whatever you do, don't throw it!